The people on Liberty Street in Berryville have suffered a great loss this month. Indeed, so has our entire community. In less than a week two dearly loved neighbors have died.

Mary Brisco passed away on Friday, August 2 and then on Monday, August 05, 2013 Lawrence Wilson followed. They were two incredible,  unique individuals with one thing in common: their faith. Both were completely devoted to their churches and to sharing their faith with others through service and love. More than anyone else I have ever known, they always managed to teach by example more than by their words. Somehow in their presence I would always feel closer and more connected, even when religion was not in the conversation. Each of them exemplified the teachings of Christ and their lives revolved around service to others. 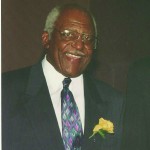 Mr. Wilson would sit for hours on his front porch, enjoying the warm days, getting his “vitamin D,” and greeting folks as they walked by with his big hello, his signature laugh, and a sincere blessing. He knew everybody’s voice, and maybe even their footstep.

Every time I came or went, he would hear my front door close and as I walked to my car, he would say, “Hellooooo Jennifer, you spinnin’ your wheels again?”

Mr. Wilson lost his eye sight a few years back, overnight, forcing him to stop spinning his wheels, but before that he was always going. His fast pace was different, though. He was always on the run in service to others. He drove anyone who needed a ride wherever they needed to go. People would call, and he would take them.

He was a member of the Kiwanis club and the Masonic Lodge. He served 17 years on the Berryville Board of Zoning Appeals and 12 years on the Town Planning Commission. He served on the Board of the Shenandoah Area Agency on Aging, and was a founding member of Help with Housing. Most of his adult life before retirement he worked two jobs and, along with his wife, Margretta, put six kids through school.

As one can imagine, such a sudden change is a hard adjustment. One day you are running and doing, and the next you can’t see. That would be maddening, depressing, frustrating. It might destroy many of us, but not Mr. Wilson. Just as soon as he could, he reemerged, different physically, but not in spirit. That same man was back, just as soon as possible, brightening the days and lifting the spirits of everyone he came across. 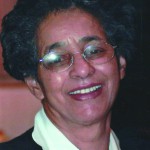 Gifts from Across the Fence

“Jenny, can you come meet me by the fence? I got something for you,” Mary would call.

Mary Brisco was well known for her catering. She cooked for many people throughout Clarke and Frederick counties. She even used to cater the Queen’s Dinner each year at Apple Blossom. The backyard smelled so good when Mary was cooking—and we were often the beneficiaries of samples of her creations.

She was such a giving person. You never needed to ask Mary for anything. If you needed something, she was there and knew how to help. When my son graduated from high school, we had planned a big party in the backyard with lots of guests. I had plenty of food in the house for the event, but nothing was set up prior to the graduation. With a brief but heavy storm at the end of the graduation, things got a bit chaotic. Mary and our neighbor Diane fell right in and would not let me help. “Go outside with your guests. We can handle this.” And they did.

Mary also served the community as a volunteer in many ways. She volunteered with Hospice and the Salvation Army, working in their thrift stores. She was honored by St. Jude’s Children’s Hospital for her giving there. She spent a lot of time visiting sick and disabled people bringing them care packages and sitting by their bedsides. I know there was a great deal more that I am not even aware of because Mary was not one to talk about herself or her deeds.

In her later years, she was trying to reduce her work, but she never could quite retire as long time clients would call and ask her to do just one more party. She was blessed, though, to have her son and her daughters to help out because saying “no” was not her nature.

Mary Brisco and Lawrence Wilson both touched so many lives, and were well known throughout the community for their spirit, their character, and their service. I am grateful that they have been part of the foundation of my adult life and the lives of my children.