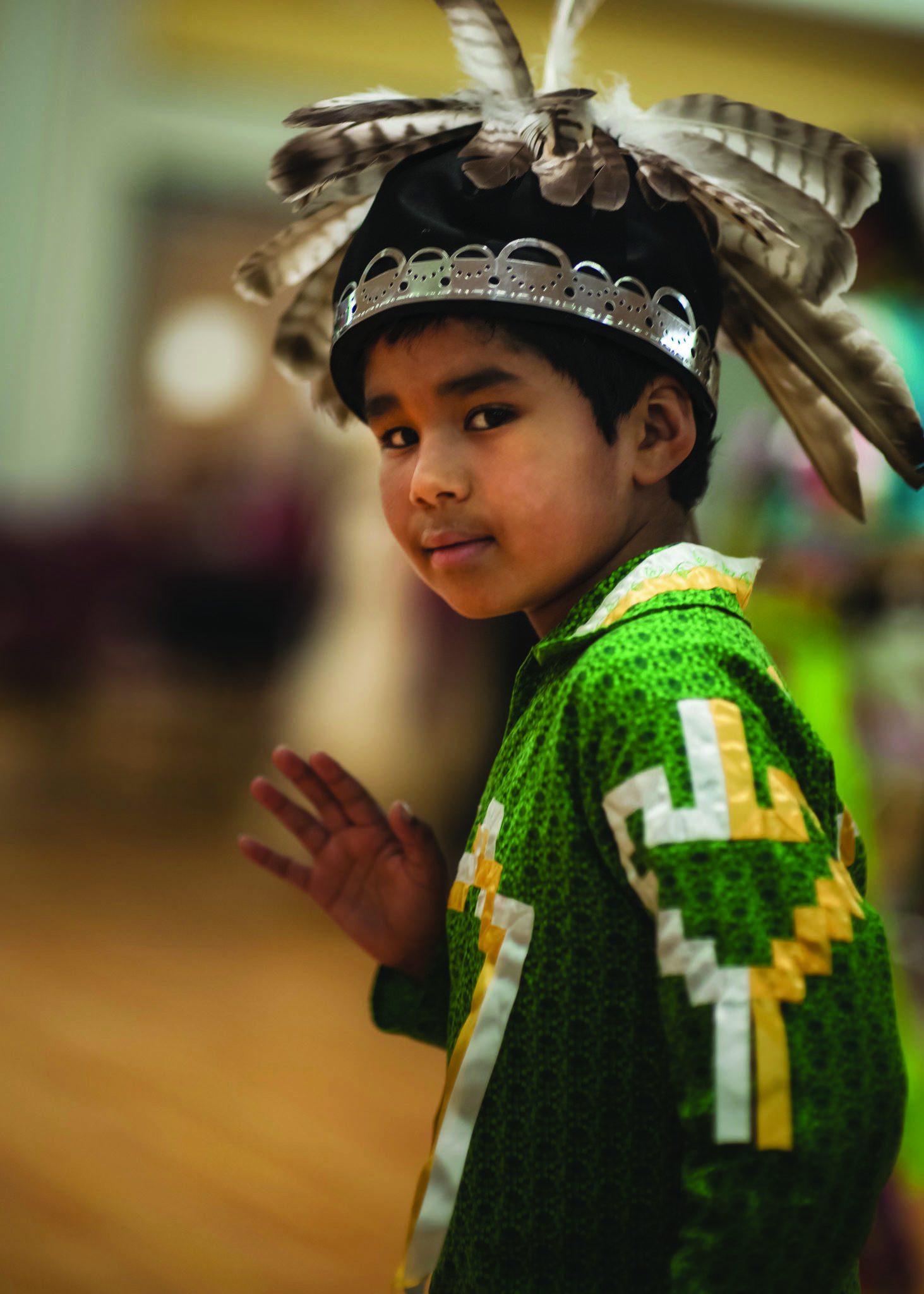 From October 30 to November 1, the Clarke County Fairgrounds will host The Harvest Gathering (referred to as “The Gathering”), an educational celebration of what’s being billed as “agri-culture.” The term speaks to the two facets of the event—a traditional indigenous outdoor Harvest Dance and living history/cultural exhibition partnered with the agriculturally significant Virginia Gourd Festival. This year marks the 14th year the Virginia Lovers’ Gourd Society has presented the Virginia Gourd Festival at the beginning of Native American Heritage month, and the synchronicity of the two serves to educate the public about the native roots gourds have while demonstrating their contemporary uses.

The weekend will be filled end-to-end with experiences that don’t come along everyday. Participants can join a gourd workshop, listen to Native American singers and drummers, eat foods that are culturally significant to native peoples, sample locally produced honey and other foods, and participate in a communal demonstration of thanks for the harvest before winter. The schedule includes many more activities than can be listed here, but perhaps the most significant opportunity attendees have is the chance to interact with Dennis Banks, a person considered to be a living legend among many Native Americans.

The fact that Banks will be the Master of Ceremonies for the event is “significant,” according to René White-Feather, president of the Native American Church of Virginia and executive director of The Harvest Gathering. In 1968, Banks cofounded the American Indian Movement (AIM) alongside other Native Americans in Minneapolis. He has a long history of advocacy (and at times controversial activism) seeking to address racism and to increase national awareness of Native American issues. He is perhaps best known for leading the 1973 armed occupation of Wounded Knee, the site where U.S. troops had murdered a band of Lakota men, women, and children just 83 years earlier.

Event organizers are excited to have a figure of such national and historical significance moderating an event they perceive to be historically significant in and of itself. For them, the event is comparative to a seed planted in the hope that an increased sense of brotherhood and community among local people and those travelling to the event will grow. Chris (Comes With Clouds) White, spiritual leader and Elder of the Native American Church of Virginia, says, “This is a seed of grand possibilities in human-hood that we are planting. It’s my hope that the seed finds good ground, and I rely on God to bring the increase.”

René uses the term “spiritual phenomenon” when referencing the event because it’s really a convergence of many people from different belief systems, backgrounds, ethnicities, and cultural identities. “Each of us on the Elders Council and others feels a calling towards an elevated spirit in humanity that is fueled by our deep personal desire to create something good for humanity,” she says.

That “something good” may share similarities to the iconic 1621 harvest celebration that school children learn about in school, but The Gathering is not intended to be a recreation of what is often referred to as the “first Thanksgiving.” René relays, “We look back at the first Thanksgiving as a spontaneous act of goodwill involving giving thanks to God by two culturally diverse peoples. It speaks to our heart and we commemorate it as an unprecedented way of being with strangers that are not like us. It strikes a chord in the core of humanity. That’s why we don’t want to act out or mimic what was, although that was good. ‘The Gathering’ is an experiment in humanity, to check the state of community within our community now.”

As such, the event is really one that will be defined by participation—participation by those who join the festivities, participate in the activities, and endeavor to witness firsthand the idea that we are all a lot more alike than we are different. “It’s about you and your participation,” Chris says. “When someone participates in planting seeds, they also have claim on a portion of the harvest.” In this case, the harvest is a greater sense of community, and as René says, “preserving our agri-culture, heritage, stories, and art is about sharing what we know and passing it on. This defines the richness of our culture for generations to come.”

Consistent with a generational view of the impact these types of events can have, the organizers have set aside the first day of the event as a “school day” when school-aged children and youth will be able to participate in planned activities. René explains, “Children will learn tons of things they didn’t know that they didn’t know.” From learning about various animals and plants to participating in activities related to humanities and anthropology, students will have a chance to engage in hands-on learning. (Students also have an opportunity to participate in available internships. For more information, visit http://harvestgathering.org/the-basket.html.)

The public is invited to Saturday and Sunday’s activities, and it is certain that attendees will experience something new. New activities and opportunities are being added each week, and interested persons should visit www.harvestgathering.org. While there, be sure to click on the Basket tab and subscribe to their online magazine, The Harvest Basket. Most importantly, mark your calendars to experience history and contribute to this culturally significant weekend.

Barn Owls At Clermont
612 Vineyard, A Place for the Community

Enjoying the Quiet of Berryville at Waypoint House
Scroll to top