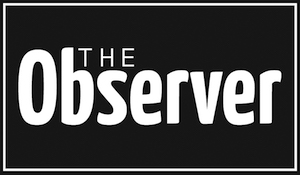 This month concludes a series on the history of vocational and technical education in the U.S. This installment  focuses on the evolution of vocational education during the Progressive Era and current developments. Jess Clawson has a Ph.D. in education history from the University of Florida.

“When I went through school and graduated in ’91, at that point in time, it was called vocational education and it was primarily for students who were going to work, or weren’t sure what they were going to do immediately after high school,” says Cathy Seal, the Director of Curriculum and Instruction for Clarke County Schools. “So if you were on a college track, then vocational education wasn’t for you.”

Career and technical education (CTE) has changed quite a bit over time. Its origins reside in black education in the Reconstruction-era South (outlined in Part II of this series). Now, the Commonwealth focuses on college and career readiness for all students, so each student needs a CTE certificate to graduate.

The Progressive Era of the early 20th century brought about vocational education for far more students, especially white students in the urban North. Urbanization and industrialization were significant to centralization of the US after the Civil War.

Industrialization brought people to cities for jobs and directly affected school legislation because schools began to develop a new work-related curriculum. At the same time, the poverty gap widened and became more visible in urban areas. This era came to be seen as one of excess and conspicuous consumption.

Because schools were by this time meant to be a solution for the nation’s social problems, school concerns began to take center stage. School planning became more centralized, comprehensive, and detailed. This resulted in a codified, organized, and hierarchical collection of educational institutions.

At the same time, the federal government came to be dominated by Republicans who believed in the benefits of an intelligent and educated populace. One of the initiatives was the Morrill Act of 1862, which was a land-grant act that gave financial support to agricultural and mechanical education.

Rapid industrialization brought about the birth of large corporations. Big companies had to hire professionals to manage operations because owners could no longer do it themselves. This changed the way business operated, but also meant that people had to be educated for middle management positions as well as for assembly line manufacturing.

All of this set the tone for the educational activities of state legislatures, primarily in passing compulsory attendance laws. Much of the support for these laws came from people who feared the influence of immigrants. They tended to be Protestant, middle- and upper-class white people, who would come to be known as the Progressives.

Progressivism was a reform effort meant to correct the supposed evils of urbanization and industrialization. Progressives then did not like the sanitation problems that accompanied overpopulation, the corrupt city governments, or the rising immigrant culture as more diverse populations moved to the cities. They believed in an activist, interventionist government; ideas around efficiency and scientific progress in which society was led by experts; and white Anglo-Saxon Protestant values they intended to enforce with the interventionist government. All of this promoted their support for increasing school attendance.

Opposition to compulsory school attendance was more scattered. Some people disliked federal government compulsion at all. Others needed their children to help work and support the family. Most early school compulsion laws — before 1890 — were unsuccessful in their enforcement, but the laws symbolized the public’s commitment to schools and concern about the children who were not attending school.

Urban schools were not especially common before this time, especially public schools. But as city populations grew, they became more popular. These urban school systems tended to be organized by age grading, provide uniform courses of study, and use exams as records of what was taking place in the classrooms—all unusual for schooling at the time.

Students in these schools were socialized into the authoritarian order they would have to deal with at work in factories that were developing in the cities.

Schools were also supposed to be a force for homogenization, given the emphasis on order and conformity.

However, there was a tension built into the way schools did things: Education was also supposed to be for economic mobility. The curriculum taught about individualism, mobility, and political participation and agitation. However, the hidden curriculum — that which is not on a syllabus but is enforced by the school nonetheless — promoted conformity to the new industrial life.

Progressives centralized schools gradually. Community members outside the schools who thought schools were ineffective imposed centralization. These people wanted to rid cities of neighborhood-controlled public schools—they believed them to be corrupt and unable to effectively educate their students, even though they were enormously popular amongst the families whose children attended them. Many of the parents were immigrants, who were skeptical of the new schools because the increasingly-powerful school boards were not sensitive to their religious beliefs or neighborhood concerns.

The curriculum in these schools became more diversified, as education was less about moral virtue than it had been in the 1800s and instead served an economic purpose. The differentiated curriculum could prepare students for the economic roles they would play in their lives.

Progressives expanded the reach of public schools through structural expansion measures, like kindergartens and junior high schools, as well as through functional expansion, primarily in the case of the comprehensive high school. Progressives debated whether all students were capable of benefiting from an academic curriculum, and began to introduce non-academic, vocational courses to reduce dropout rates and prepare lower-class students for what they saw as their destinies in blue-collar fields. The comprehensive high school housed students on both academic and vocational tracks, encouraging them to intermingle in the cafeteria and auditoriums.

The guidance counselor profession emerged as a result—they were meant to have expertise in what a child should study, and to what he or she should aspire. Most teenagers were influenced, if not pushed, into a particular track. While schools preached equal opportunity through their curricular options, it was equal opportunity within prescribed limits, determined by scientific measurements in the form of heavily-biased intelligence tests.

Overall, the Progressive Era was one of assimilation and centralization. The Progressive reformers wanted to eliminate the influences of immigrant culture while putting those immigrants and poor native-born people to work in the factories. Schools needed to socialize students to these conditions by steering those teens the guidance counselors deemed suitable for factory work into vocational jobs. Schools also began to implement bell systems, like what was found in factories.

Like the Progressives, Seal sees this as beneficial for the students’ futures. “When you look at the labor market today, career growth is in areas where kids need a CTE background,” she says. She encourages students to attain skills through CTE courses that will help them get into college, even if they intend to pursue humanities backgrounds.

Seal, however, appreciates an important evolution since Progressive-era thinking. “It’s not an either/or pathway anymore, which I’m glad of, because we were really doing some dividing of students,” she says. “You were either on the college pathway or you weren’t. And now it’s starting to become a meshing of the two, and how to reach your career goal.”

Further, Seal notes that the stigma around not going to college is fading and people with CTE backgrounds are able to make a good living. Clarke County High School (CCHS) Principal Dana Waring notes that CTE can also give students “a step up when they go to their prospective colleges” because admissions offices are looking for students with different work experiences that can give them a boost over what other applicants may have.

Another important distinction from the Progressive Era, Waring notes, is that students now have open enrollment at CCHS. “We never want to exclude a student from anything,” she says. Guidance counselors now, instead of steering students towards a particular path, help the students ascertain which courses they need to reach their individual goals. The CCHS guidance counselors encourage students to “look ahead and take the most challenging coursework so they have all those doors open and all those opportunities.”

Waring thinks this may be a cultural shift from a time when students were assumed to be incapable of courses like higher-level math. She points out that students may assume they do not need math, but certain programs, like HVAC training, actually require quite a bit of math.

There is still an element of socialization necessary in contemporary CTE coursework. “Every CTE course has what they call workplace readiness skills embedded in the curriculum,” says Seal. Businesses need employees who have the necessary knowledge, but “we also need them to know about showing up to work on time, how do you dress, what’s appropriate workplace behavior, when do you talk on the cell phone and when you do not… That’s critical to CTE resources as well. It’s content knowledge, but it’s also behavior, attitude.”

The CTE program in Clarke County will be growing over time as the administration determines what changes need to be made, and will eventually widen its pool of participating students, as well as local businesses.

The encouraging evolution of vocational training to career and technical education to provide opportunities to all students is a shift from the historical approach of divisiveness and class entrenchment. Time will tell if the new ideas and programs provide upward mobility for students, but for now, they are worth examination and consideration as the county moves forward with attempting to help students attain career security in adulthood.

So You Want To Buy A Second House?
Scroll to top