Story and Photos By Betsy Arnett 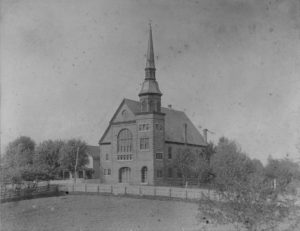 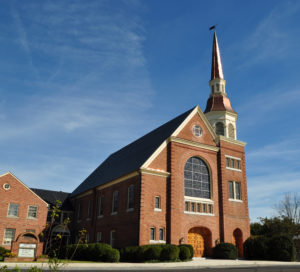 Berryville Baptist Church recently held an anniversary celebration to recognize the church’s 245 years of history in Clarke County.
When the church was founded in 1772, Virginia was a British colony under the rule of King George II.  Clarke County was part of the five-million-acre Northern Neck Proprietary owned by Thomas Fairfax, the Sixth Baron Fairfax of Cameron. The Town of Berryville was a rough settlement known as Battle Town.  And because the Church of England was the official state church, members of the new Church of
Christ in Buckmarsh were called “dissenters.”
The current Berryville Baptist Church building on Academy Street was completed in 1884 and is the third building that the congregation has occupied. The first church building was located north of the future town of Berryville.  An historical highway marker on the west side of Highway 340 marks the approximate location of the Buckmarsh church and its cemetery. The church’s second pastor was James Ireland who, prior to the Revolution, had been jailed in Culpeper County for preaching without a license. Ireland served the Buckmarsh Church from 1788 until his death in 1806 and is buried in an unmarked grave in the Old Buckmarsh Cemetery.
The congregation moved into the growing town of Berryville in the 1840s. They constructed a new brick church at the corner of Academy and Buckmarsh streets and established a cemetery on the west side of the church. During the Civil War, the church building was damaged, which led to the construction of the present church on the other side of the cemetery.
One unique feature of Berryville Baptist Church is the location of the sanctuary on the second floor. Spiral staircases on either side of the first floor entry lead to the sanctuary. Church legend holds that the previous church had been used as a stable during the Civil War and, when the new church was built, church leaders wanted to ensure that horses could never get into the sanctuary. According to church historian Dr. Dan Allen, churches were often used as stables during the war, but there is no evidence that Berryville Baptist Church was.
“I don’t know if the horse story is true or not,” says Dr. Allen. “But it makes a nice story.”
Share Clarke!