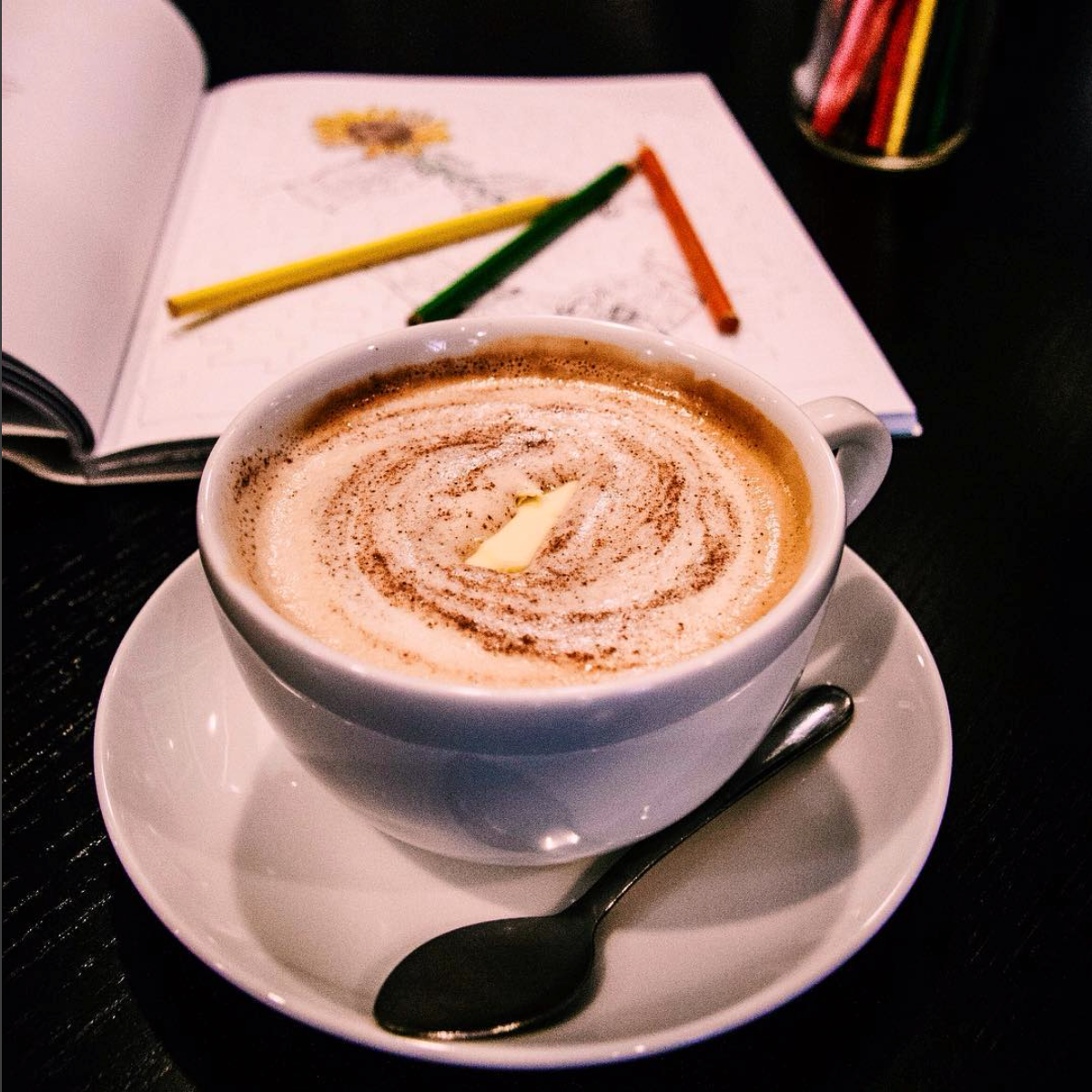 By Claire Stuart
Hideaway Café in Winchester has announced they are moving from the Old Post Office Building, and hope to be up and running in their new location by Thanksgiving, or December 1 at
the latest.
The café has billed itself as the community’s living room — more than just a place to enjoy a cup of your favorite coffee or to grab lunch. It has been a place to gather with friends, make new friends, and meet with business colleagues. It is a place to enjoy evening performances and for local artists to show their work. Most important, it was founded as a safe gathering place for everyone, regardless of race, color, religion, age, sex, sexual orientation, gender expression or
gender identity.
Some seven years ago, Victoria Kidd and her wife, Christy Berghoff, then working and living in the D.C. area, decided to buy a home and start a family. Looking for an affordable place that was good for raising children, they discovered that Winchester was the perfect spot.  Now they have that home and a five-year-old daughter.
The Hideaway Café was founded by Kidd and Berghoff and their friend, Jess Clawson, about a year and a half ago. The entrepreneurial Kidd, who has an additional career as a consultant, met the previous owner of the Old Post Office Building in the course of her business. He gave her a tour of the historic building, which had been inaccessible to the public for a long time.  She fell in love with it, and it meshed with her dream of creating a safe, progressive space where everyone would
be welcome.
“The owner believed in our mission and gave us favorable rent to start up. We are humbled by how we’ve been
adopted by the community,” said Kidd. But she recalls that, “not everyone was welcoming toward a welcoming space. We’ve experienced some rejection from some people, but it has been insignificant compared with the people who embrace us. People come here for the purpose of spending time in a space that welcomes them, no matter who they are. That was needed in
this area.”
Kidd observed that owning a coffee shop has been romanticized, but she had no illusions that it would be easy. “It is a lot of work and a 24-hour commitment. But patrons know that they can get something more than a cup of coffee here. They’ll meet people who really care about them on a deep
human level.”
Contributing monetarily to causes and organizations that work for the community is part of Hideaway Café’s mission. With the Caffeine For A Cause program, an entire day’s profits each month are shared. The programs helped range from Embrace Treatment Foster Care to the Adult Care Center to Millbrook High School
Band Boosters.

The Old Post Office Building changed hands in June, and the new owner wanted to rent the entire floor rather than just the space that the café now occupies.  That was more space than they needed, and “we couldn’t afford to renovate the rest,” said Kidd.

Patrons of the café wanted them to stay in business, but downtown space in Winchester is hard to find. “I spent two months searching,” said Kidd, “looking at every possible
suitable space.”
She finally located a spot at the south end of the walking mall, next to the Cork Street Tavern, in a historic
building that used to be a bakery. A bonus is that it is at ground level. The Old Post Office site is down a flight of stairs into the basement, and the possibility of eventually making it handicapped accessible was always a problem to be solved. In addition, the new location has plenty of convenient parking and a larger food prep area.
Partner Jess Clawson left this past summer to pursue a different career, and Kidd says, “When Jess left, we had to ask ourselves where we are going. Her role was central to our identity. We have a new partner, Jason Blosser, who is
stepping in.”
The larger prep area means they can offer more restaurant fare, and the location at the end of the mall means that they will doubtless have more lunch and drop-in business. However, their aims remain the same. First and foremost, it will be a safe and welcoming space.  They will continue to hold their monthly events. There will be spoken word evenings where people can read their poetry and short stories. There will be game nights and live music. The very popular monthly drag show will continue. The Old Post Office seated 90 people, and Kidd says that the show
always sold out.
Kidd says that the Old Post Office was never intended to be a permanent spot. “It’s time for Hideaway Café to go
above ground!” Watch for news of the grand opening.
Share Clarke!