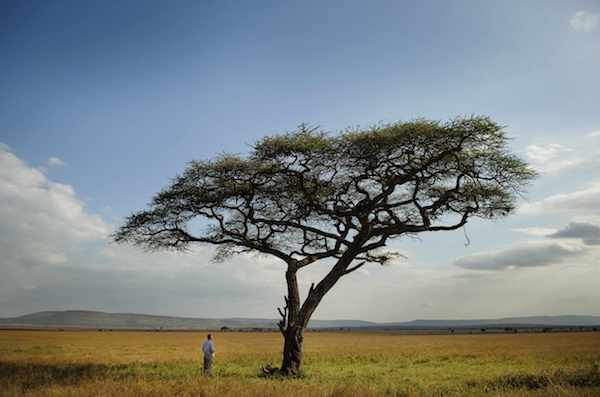 The American Conservation Film Festival’s Best of Fest returns February 1 to the Weinberg Center for the Arts in Frederick, Md., the seventh year for an event featuring three award-winning films from the 2018 Festival based in Shepherdstown, W.Va. This year’s event will screen the 2018 Foreign Film Award winner Enough White Teacups; the 2018 Short Film Award winner Wildlife and the Wall, and the 2018 Green Fire Award winner The Serengeti Rules.  All of these films have received multiple awards at festivals around the world.

6:30–7:30: Enough White Teacups. This inspiring film follows six stories of innovation and invention that embrace the goals of social, economic, and ecological sustainability outlined by the United Nations.  See how design can be used to improve living conditions around the world, including initiatives to build affordable housing, prevent blindness, destroy landmines, deliver vaccines and blood in remote areas, clean up oceans, and help prevent infant and mother mortality.
(59 minutes).

7:45–7:50: Wildlife and the Wall. Filmmaker Ben Masters (of Unbranded fame) takes us on a brief but beautiful journey along the US-Mexico border, and shows us the landscapes, wildlife, and water sources that would be greatly disrupted by the construction of a border wall. (5 minutes)

7:50–9:15: The Serengeti Rules. Beginning in the 1960s, a small band of young scientists headed into the wilderness, driven by an insatiable curiosity of how nature works. Immersed in some of the most remote places on earth — the Serengeti in Africa, the Amazon jungle, the Arctic Ocean and Pacific tide pools — they discovered a single set of “rules” that govern all life. As well as winning ACFF’s top film award in 2018, it was also the Audience Choice winner. (84 minutes)This Best of Fest is sponsored by Flying Dog Brewery. Tickets are $8 for adults; $5 for seniors/students; and available on the Weinberg’s website, WeinbergCenter.org/performances, or at the door.

Now Is The Time To Eliminate Bagworms
Scroll to top