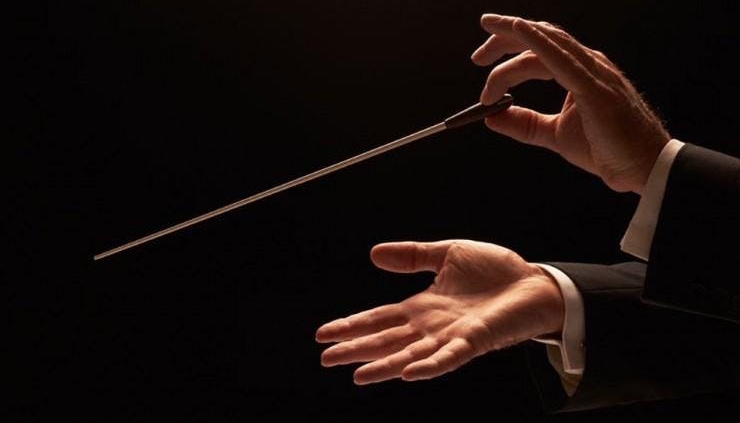 The Barns mission to enrich lives through the arts, education, and community opens an entire world of creative activity that brings people together in Berryville from near and far. That mission has brought superb music of every genre to the northern Valley, as well as art exhibits, contemporary and classic films, writers’ presentations, and arts camps for kids. The fall lineup of events is truly exciting. Whether it’s gypsy jazz and swing, a memoir writing workshop, a Civil War spy tale, old-time toe tapping music, or the best blues and BBQ around, the Barns is buzzing. Add to that vibe gallery art exhibits featuring extraordinary talent, a National Geographic documentary film, and the beautiful music of the masters, and you’ve got the reason audiences are growing at the Barns of Rose Hill in Berryville.

A new audience was drawn to the beautiful James R. Wilkins, Sr. Great Hall of the Barns when a classical music series was introduced in 2018 that culminated in an April debut of the Rose Hill Chamber Orchestra that won a standing ovation. Opening this fall’s season on October 5, the Orchestra presented “Serenades from Vienna,” offering the gorgeous music of Richard Strauss and Mozart’s Don Giovanni as well as the beautiful Brahms Serenade in A Major.

Conductor Jon Goldberg is the force behind the series, and wants to invite you to three concerts set for October, November and December at the Barns. “We’ve put a lot of thought into this programming,” Goldberg said, “and it offers beautiful works, a delightful variety of composers and styles, some humor and fun as well. Our soloists are world class, and the Rose Hill Orchestra brings together some of the top performing professionals in the region. We hope folks will come out.”

In store for the fall are soloists of international renown and the Music of Downton Abbey (come dressed!)

On Friday, October 25: Eric Himy and Michael Guttman. Guttman is a violinist, conductor and music director of prominent festivals around the world, including Pietrasanta in Concerto, Crans Montana Classics in Switzerland, Le Printemps du Violon in Paris, and Made in Polin in Warsaw. He is also the music director of the Napa Valley Symphony and the Belgian Chamber Orchestra. Guttman received the prestigious Scopus Prize (2014) from the Hebrew University of Jerusalem for his achievements in music, and was also nominated for a Grammy award for his Hindemith Album with the Philarmonia Orchestra. Eric Himy has been hailed as a colorist with a technique that transcends normal barriers in the pursuit of the rare magical combination of music with meaning, yet alive with visceral energy and passion. He excels in exploiting the resources of the instrument to create something out of the ordinary. His playing has been described by The New York Times as “flawlessly poised, elegant and brilliant.

On Saturday, November 16: Brian Ganz. The Washington Post has written: “One comes away from a recital by pianist Brian Ganz not only exhilarated by the power of the performance but also moved by his search for artistic truth.” For many years Mr. Ganz has made it his mission to join vivid music-making with warmth and intimacy onstage to produce a listening experience in which great works come to life with authentic emotional power. A laureate of the Marguerite Long Jacques Thibaud and the Queen Elisabeth of Belgium International Piano Competitions, Mr. Ganz has appeared as soloist with such orchestras as the St. Louis Symphony, the St. Petersburg Philharmonic, the Baltimore Symphony, the National Philharmonic, the National Symphony and the City of London Sinfonia, and has performed with such conductors as Leonard Slatkin, Marin Alsop, Mstislav Rostropovich and Piotr Gajewski.

On Saturday, December 14: The Music of Downton Abbey. Dress in your finest 1920s gowns and tuxes as the Rose Hill Chamber Orchestra brings you the music of Downton Abbey! The evening starts with two of Scott Joplin’s most famous rags (and the conducting debut of Diana Kincannon, Barns chair) and continues with Igor Stravinsky’s sly and witty Ragtime, and La Creation du Monde by Darius Milhaud. Think of Stravinsky’s Rite of Spring, but infused with all the exuberant jazz of the 20s. The second half features one of the quintessential pieces of English music from between the wars, Façade, with poems by Dame Edith Sitwell set to music by William Walton. The poems are high camp and the music brings it all together with jazzy riffs, evocative sounds and British nautical tunes. Just what you would expect to hear at Downton Abbey!

Goldberg is Professor of Music at Northern Virginia Community College, Loudoun Campus.  He serves as conductor of the NOVA Chamber Orchestra, as well as teaching music theory and music history.   He is also frequently invited to present lectures on musical matters. Goldberg served as musical assistant to Leonard Bernstein on his Grammy winning recording of Tschaikovsky’s Symphony #4 with the New York Philharmonic.  He was a founding member and Music Director of the Endymion Ensemble, 1975-1979, a New York City based chamber orchestra that for four seasons gave a four concert series of performances in Carnegie Recital Hall, sponsored by the Carnegie Hall Corporation and the New York State Council on the Arts.  He has also conducted the Memphis Symphony, the Oklahoma City Symphony, the El Paso Pro Arte Orchestra, the Doctor’s Orchestra of New York, and the Goldman Band in summer concerts at Lincoln Center.

The Barns are at 95 Chalmers Court in Berryville. Doors open at 7pm for these 8pm programs, and reservations can be made online at barnsofrosehill.org or by calling the Barns at 540-955-2004, or in person at the Barns from noon to 3pm Tuesday-Saturday. Free parking is available at the Government Center.

Recounting The Glory Days Of CCHS Football
Scroll to top