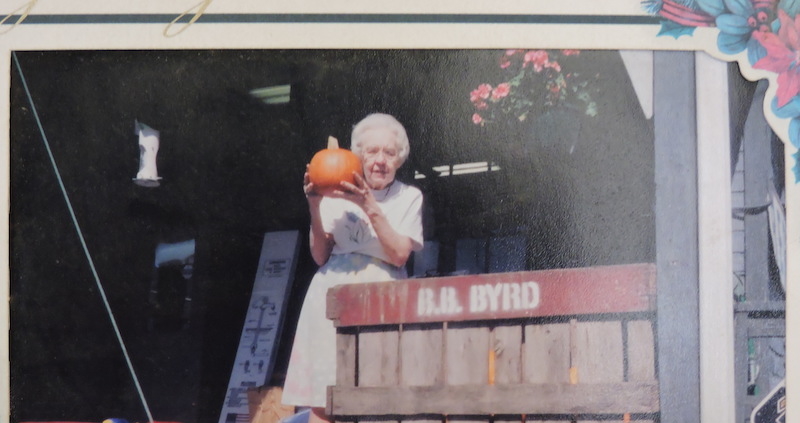 As a newly minted high school graduate, Ruth Franklin Loughborough, affectionately, “Miss Ruth” to all who know her, joined the staff of The Berryville Farm Supply, located next to the Norfolk, Western, and Southern railroad line that bisects East Main Street of Berryville from the rest of the town. Her first day at work was June 7, 1957.

“I was just looking for a place to work,” Loughborough told Clarke in an interview. “Heavens no!” she chuckled. “I never planned to stay
62 years.”

Loughborough, now 80, readily agrees with the adage, “Time flies when you’re having fun; even when you’re not.” At a time when most people can expect to have multiple jobs and even careers in a lifetime, Loughborough’s work experience brightly shines as a highly unique one.

“It just worked out for me,” she continued.

Loughborough explained that she grew up on a farm in the Marvin Chapel area of Clarke County. Subsequently, going to work in a feed and seed supply business was a line of work that she already knew something about.

“You have to like people,” Loughborough responded, when asked about her formula for success in keeping the doors open to a business that now stretches back more than 96 years. “The most important thing is to be interested in what it is you’re doing,” she added.

The business was originally owned and operated by Henry “Boss” Baker as Baker’s Feed and Grain Store in about 1923, according to the childhood recollections of Bill Shackleford in the commemorative book, Berryville Celebrates 1798-1998, marking the town’s bicentennial. Following Baker’s tenure, a variety of owners operated Farm Supply before it was purchased by Washington, D.C. developer, and championship racehorse breeder, Milton Ritzenberg of North Hill Farm, who owned it until his death in 1999. (Loughborough’s husband, Richard, a racehorse breeder in his own right, also worked at the business for
a time.)

In a small business such as Farm Supply, Loughborough indicated a person can’t afford be too “choosy” about whatever job one might have to step up to and perform at any given moment during the course of a normal day’s operation. She said she was hired for “bookkeeping and sales”, but ended up doing any and everything else that might need “doing” at a moments notice.

For example, Jesse Russell, a native Clarke County resident, recalls the many times he bought large sacks of birdseed at Farm Supply. He maintains that in spite of ardent protestations, Miss Ruth always insisted on picking up the order and carrying it out to the car herself. He also remembers one of the several cats who made their home at Farm Supply, especially the one that preferred to curl up and sleep at the end of the counter where business was being transacted, oblivious and unconcerned about the normal, mercantile commotion going on around it.

According to Katie Thompson, who has been employed at Farm Supply for the last 15 years, “It’s a laid-back, down-to-earth place to work.”

Thompson says that she has always enjoyed working with Miss Ruth, “because she is easy going and always in a good mood.” This might seem to be an uncharacteristic trait for what is normally expected from a boss, but it is an attitude tracing back to Loughborough’s first rule for success, “You’ve got to like people.”

As it was with Loughborough, Thompson feels right at home at Farm Supply, at least partly due to the fact that she raised animals as 4-H projects on her parents’ “place” that “wasn’t really a working farm,” she insisted. Nonetheless, Thompson says that she has always enjoyed working in the agriculture-related field, and finds the job more rewarding and personally a better fit than other places where she has previously been employed.

Farm Supply has lately been advertised for sale, and Thompson is hoping that any new owner will elect to keep the business, “just the way it is,” since it already enjoys an established customer base.

Loughborough, who unfortunately injured a knee in a recent fall, is by all reports, including her own, recovering nicely, but has decided that, “It’s time to let somebody else to take care of things.”

She is looking forward to devoting more time to Marvin Chapel Methodist Church, a congregation that she has attended since, “My mother carried me in there in a blanket.”

Loughborough dismisses being labeled a “local icon” because of her association with Farm Supply for the last 62 years. “The world isn’t built around any one person,” she emphatically asserts.

As she moves into another phase of her life, Loughborough wanted to offer a special thanks to her loyal customers, “for their years of commitment and business.” Loughborough explains that customers have indeed been the ones who have changed the most over the years. “There aren’t as many farmers in Clarke County now as there used to be,” she observed.

Against All Odds
Scroll to top