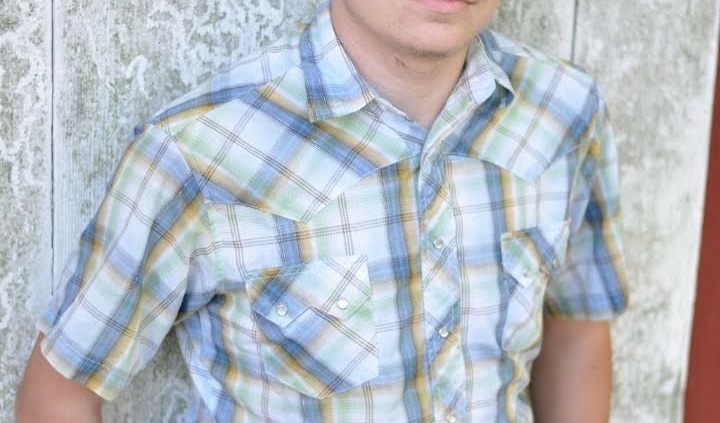 Members of Clarke County High School Class of 2020, like every class before them, are faced with the question of what they are going to do next.

Recent research shows that the most popular college majors are business and the health professions. Currently, the “best jobs” are considered to be physical therapists, physician assistants, nurse practitioners and software developers.

Some students have been focused on a career for years, some go to college with no clear goals, hoping to find an inspiring major, and some go on to trade or technical schools.

Class of 2020 grad Hayden Hartsell is going his own way, planning a career that’s probably unfamiliar to most people.

Hartsell grew up on a farm and has never lived in town, and fall means it’s time to go deer hunting. His whole family enjoys hunting, and he started going out with his parents on hunting trips when he was about four years old. He describes deer hunting as his favorite hobby, but he occasionally hunts squirrel or turkey.

“I have a little sister,” he reports, “and she’s a more accomplished turkey hunter than I am!” Asked if he’d bagged any trophy bucks, he reports that he got a 9-pointer, with 18-inches across the brow.

Proper maintenance of one’s hunting rifles is a must for any dedicated hunter. “But it’s expensive to have guns worked on,” says Hartsell, “so I figured that if I learned to do it myself, I’d save some money.”

Hartsell taught himself to work on his guns through trial and error. He noted that he did go to YouTube to learn to apply bluing (a process that protects the metal finish against rust and superficial scratching) because “there are complicated chemicals.”

He had never planned on doing any more than caring for his own guns but he found that he enjoyed working on guns enough to consider doing it as a career, so he is taking an online course in professional gunsmithing. He explained that gunsmiths do a great variety of maintenance and repair. “The most common thing is that someone wants their stock redone — it’s scratched or chipped. There could be mechanical failures that the average person can’t figure out. And there can be modifications like barrel extension or re-chambering for
new calibers.”

He reports that the course can be completed on-line in three months but students study at their own pace. “It covers all forms of modern-day civilian-use firearms, including shotguns, handguns, bolt-action rifles and traditional old style rifles.” It doesn’t include automatic weapons. The course consists of video lessons as well as physical projects that the school sends to the student to complete and return. At completion, he will be a licensed gunsmith.

But that is not Hartsell’s ultimate goal.  He plans to attend NOVA to take the first two years of a mechanical engineering program. Then he will apply to complete his degree at VCU.  Finally, he hopes to get a job with a firearms manufacturer as a firearms designer. He hasn’t gone so far as to picture himself designing a new gun, but he has already been thinking about working on recoil management systems.