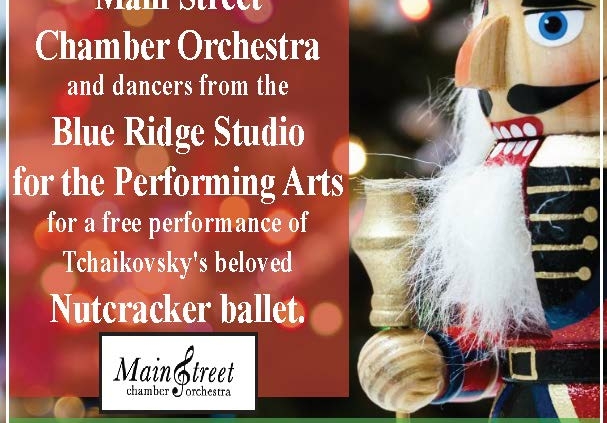 originally published in our September edition

All human societies have some sort of music, and Jonathan Goldberg believes that timeless music resounds with human nature.

Retired from a lifetime in music, primarily as a conductor in performances from New York City to El Paso, Texas, Goldberg has worked with Leonard Bernstein (“and I’ve got the pictures to prove it,” he laughed) and William Shuman, president of Lincoln Center. Goldberg and his wife Felicia moved to Berryville from Ashburn to help their daughter, Helena, who operates the Goldberg School of Music in Berryville.

Not content with retirement, Goldberg serves as Adjutant Professor of Music at Northern Virginia Community College, Loudoun Campus, and for three years he was conductor of the Rose Hill Chamber Orchestra. He tells of playing excerpts from famous pieces by Bach, Handel, Vivaldi, and others to a music appreciation class, asking whether students were familiar with at least one. All of the students answered in the affirmative, proving that classical music is alive, whether we realize it or not.

Traditionally, chamber music is defined as classical music that could be played by a small group of musicians in a palace chamber or large room. Goldberg explained that many pieces of great music are never played because symphony orchestras are too big for colleges and universities, and there are no small orchestras available for those venues. He noted that there are no professional orchestras in Northern Virginia west of Fairfax.

Confident that the community wants and will support a chamber orchestra in the region, Goldberg debated starting one himself. “I talked to many people, and they said YES! I talked to Nela Niemann (of Blue Ridge Dance Studio), and asked her if I was crazy to try this. She said I was, but that she was told the same thing and has been here 30 years!”

That settled, the Main Street Chamber Orchestra still needed a home. Goldberg spoke to Justin Ivatts, Rector of Grace Episcopal Church and Wendy Oesterling, the church’s Music Director, and the orchestra will be playing in the church hall.

Then came the big question of funding. Fortunately, the orchestra obtained grants from the Marion Park Lewis Foundation, the Virginia Commission for the Arts and the Bank of Clarke County Foundation. In addition, they had a successful Go Fund Me campaign. “Now we can already pay for the first concert,” Goldberg reported.

Goldberg explained that the orchestra is not an amateur or volunteer group although community groups may participate in performances. He stressed that the orchestra’s musicians are all paid professionals. Musicians (and the arts in general) have disproportionately taken a financial hit with the Covid pandemic. Performances have been cancelled and many musicians were forced to find other work. Ticket sales never meet the needs of musicians, hence the need for fundraising.

Performers will vary with the needs of the pieces to be played, and they come from a pool of area musicians. “Our number one horn player plays in the Baltimore Symphony,” Goldberg noted, “and we’re blessed in this region with military bands. The musicians want to play stuff they don’t get to play often. This is a pool to grow with, but with the military, scheduling can be a problem.”

The next big fund-raising event will be October 3 at The Mill at Carter Hall, featuring world-renowned pianist Brian Ganz in a benefit for the 2022 spring concert. “It’s a big coup to get someone of his stature,” Goldberg declared. “Brian has many friends in the area, and there isn’t much room, so this concert will be by invitation only. But if someone really wants a ticket, I may be able to get one if they contact me.

”Three members of the community will be playing with Ganz: Akemi Takayama, Vasily Popov and Donovan Stokes. Takayama and Stokes are both Professors of Music at Shenandoah University.

The orchestra will present a free family concert each year, designed to appeal to young people, starting with their first concert on December 11. They will perform the perennial favorite, Tchaikovsky’s The Nutcracker, and showcase dancers from Nela Niemann’s Blue Ridge Studio for the Performing Arts. The performance will take place at 3pm at Grace Episcopal Church in Berryville.

Next year’s free concert will be Handel’s Messiah, featuring Wendy Oesterling’s Piedmont Singers, in addition to singers from local churches. Planned for next spring is a performance of Leos Janacek’s “Nursery Rhymes” (not  children’s music) with help from Ms. Kristi Snarsky’s Clarke County High School Choir.

Says Jon Goldberg, “The transformative power of classical music to enrich our lives can illuminate our shared humanity, reminding us that, in the words expressed in Beethoven’s Ninth Symphony, ‘All men are brothers.’”

Visit the website for information on upcoming performances:   www.mainstreetchamberorchestra.org.