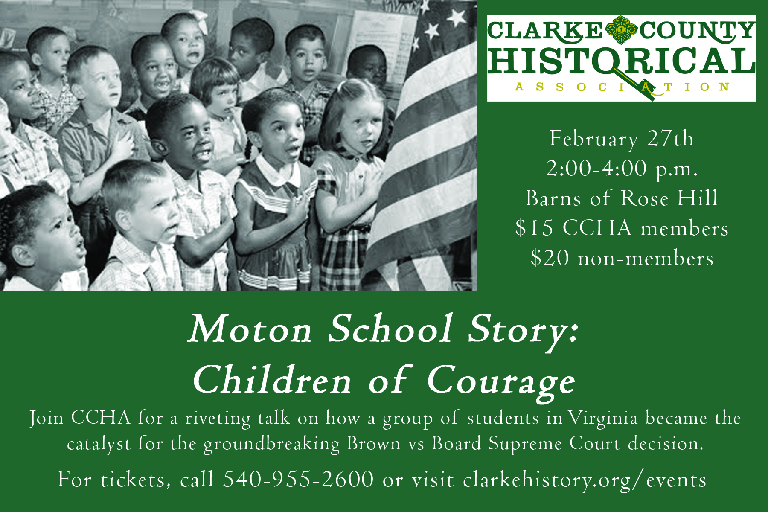 In the Spring of 1951 the student body of Robert Russa Moton High School, in Prince Edward County, Virginia, walked out in protest of unequal educational facilities. The resulting school desegregation lawsuit was part of the 1954 U.S. Supreme Court decision Brown v. Board of Education, which concluded that “in the field of public education the doctrine of ‘separate but equal’ has no place.”

These are the opening lines of the “Moton School Story: Children of Courage,” the remarkable story of courageous high-school students who wanted nothing more than equal treatment under the law. Farmville, Virginia’s former Robert Russa Moton High School, now a National Historic Landmark and museum, is the birthplace of America’s student-led civil rights revolution. The 1951 Moton Student Strike produced three-fourths of the plaintiffs in Brown v. Board of Education (1954), the landmark Supreme Court decision desegregating U.S. schools.

From 1959 to 1964, Prince Edward County closed its public schools to avoid integration.

Cameron Patterson, executive director of the Robert Russa Moton Museum, visits Berryville to share the story of the students of Prince Edward County who helped to expand the meaning of equality for all — see advertisement on page 17.

The program will highlight the lock-out generation of students, who were impacted when public schools closed in 1959 in Prince Edward County for five years. You can learn more about this chapter in Civil Rights history at https://motonschoolstory.org/home.