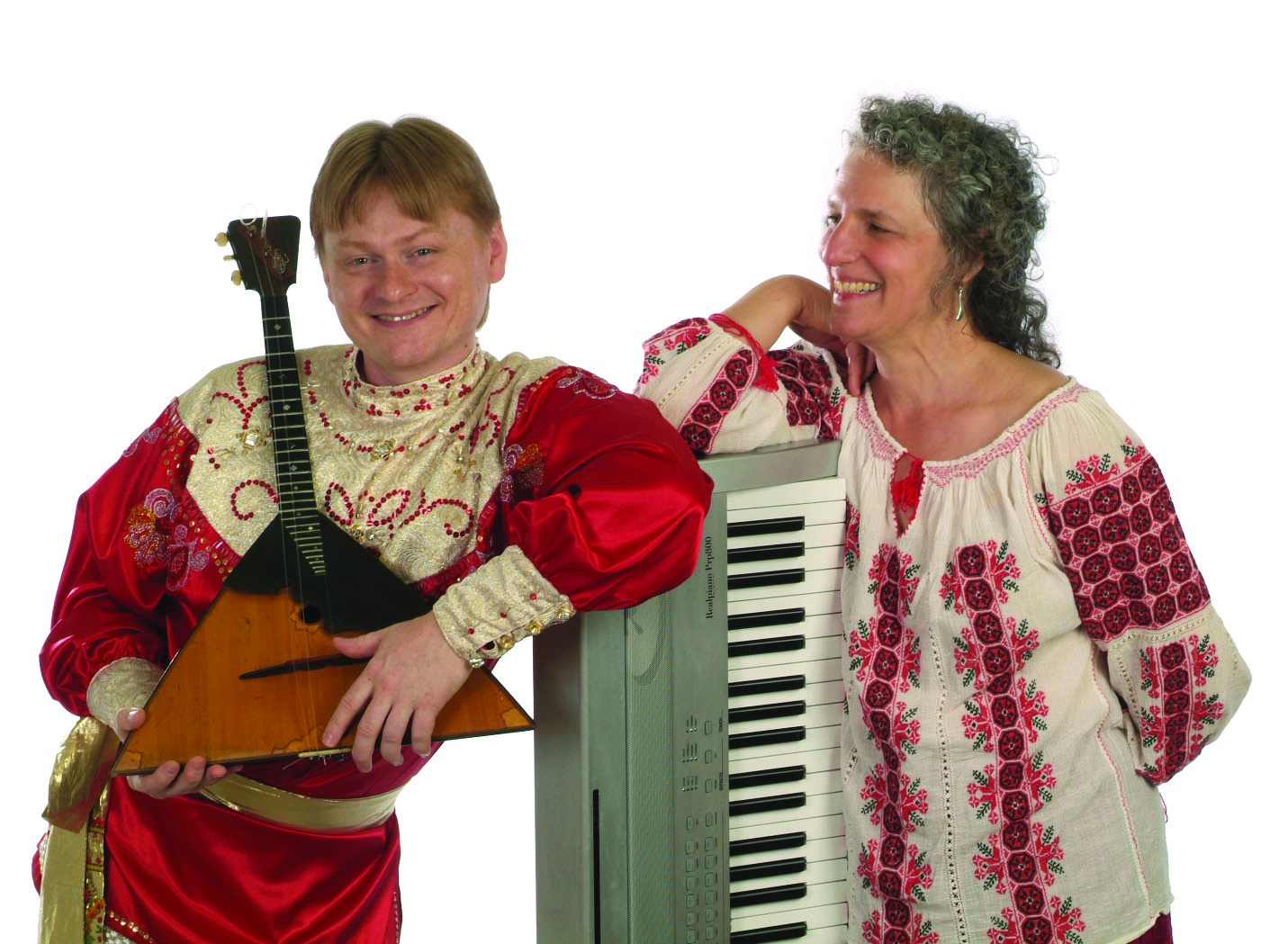 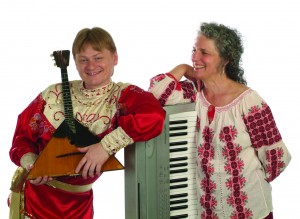 Russian Duo was born in 2007 out of a love of traditional music and classical elegance. Oleg Kruglyakov, a balalaika virtuoso, and Terry Boyarsky, a masterful pianist, will present an exuberant program at the Barns of Rose Hill March 2. Doors open at 7:30 for the 8PM performance. Reservations are available in advance at www.barnsofrosehill.org, or by calling 540-955-2004.

The audience will be treated to the mysterious and lovely sounds of the balalaika, a three-stringed instrument of Russia, and other traditional Russian instruments paired with the vast expressive range of the piano. The duo has toured extensively in the United States and Canada, and the artists separately have performed all over the world.

“We’re thrilled to be able to offer this superb duo in an extraordinary program that brings together beautiful music of both Russia and America,” said Morgan Morrison, Program Director for the Barns.

The offering of musical styles will appeal to a broad range of tastes. Oleg and Terry’s program will draw from Russian folk music, romances, dances, classical music, gypsy melodies, bluegrass, ragtime, tango, film scores and Soviet songs, commenting on the historical context of the music and instruments. The performances have won rave reviews:

The Vermont Journal writes, “The audience was enthralled as the music slid from exuberance of joy and anger to whispers of love and crying so faint you could have heard a pin drop.”

WKSU host and Cuyahoga River Concerts presenter Matt Watroba says, “We loved the way the Russian Duo combined historical information with world-class playing and performance. Our audience was mesmerized! They didn’t want them to leave the stage.”

Oleg Kruglyakov was born in Omsk City, Siberia, Russia in 1966. He has a keen ear for musical styles and a deep respect for cultural tradition and the history of the Russian people. He was educated at the renowned Ekaterinburg Conservatory, studying conducting as well as teaching balalaika. He is a protégé of Yevgeny Grigorovich Blinov, the foremost balalaika virtuoso of the Soviet Union.

Oleg has performed as balalaika soloist with many Russian folk groups, touring Moscow, St. Petersburg, Siberia and Ukraine. He traveled for five years with a Urals folk ensemble performing in France, Belgium, Denmark, Germany, Malta and Turkmenistan, and he has participated in many international festivals. He had the honor of performing at the United Nations when he came to the US.

Terry Boyarsky, pianist, is a movement specialist, singer and ethnomusicologist. Her search for musical collaboration has led her into chamber music, choral singing, folk dance, coaching, accompanying dance and creating ceremony. Terry has collaborated with singers and dancers across the United States, Canada, France, Switzerland, and Venezuela.

How do you know when it’s time to hang up your driver’s license?
Scroll to top