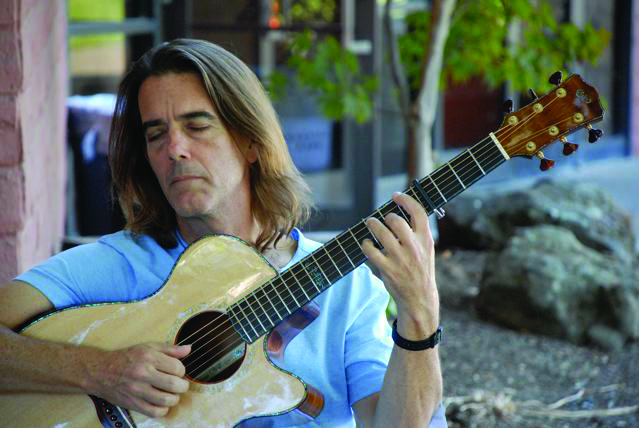 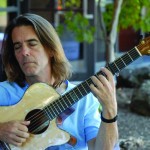 Michael Chapdelaine is the only guitarist ever to win First Prize in the world’s top competitions in both the classical and fingerstyle genres; the Guitar Foundation of America International Classical Guitar Competition and the National Fingerstyle Championships at the Walnut Valley Bluegrass Festival in Winfield, Kansas.

His performances, played on both steel string and classical guitars, include musical styles ranging from blues to Bach to country to rhythm n’ blues as he wins his audiences’ hearts with breath-taking technique and the poetic magic of his original musical portraits and landscapes. Advance tickets $15 until 1pm the day of the performance, $20 at the door.

The Gardens of Famous Artists

April 23 and 24 mark the Historic Garden Week tour in Clarke County of the Garden Club of Virginia. As part of the weekend’s celebration of springtime and gardens, Barns of Rose Hill is offering “Thru the Garden Gate”, an exhibit of garden artwork, and a special presentation on Saturday, April 23 by Suzann Smith Wilson looking at the influence of their gardens on the work of a number of famous European and American artists.

Suzann Smith Wilson lives in Arizona. She’s a lecturer, photographer and painter who has led private tours of gardens and stately homes in England, France and Italy for over 14 years, and has taught fine arts at the Pembroke Hill School in Kansas City for 29 years.

The free presentation will be given twice, at 11am and at 1pm in the James R. Wilkins, Sr., Great Hall in the Barns at 95 Chalmers Court, off E. Main Street in Berryville.

The Historic Garden Tour on Saturday and Sunday will showcase several beautiful historic homes in Clarke County. Information is available on the Garden Club of Virginia website. The Barns is the designated “Lunchbox” stop on the tour. Parking is available in the Government Center parking lot on Chalmers Court.

Michael Lynche,  an American Idol winner, brings his band  Black Saints R&B to the Barns. Lynche’s life has been defined by two things: love and second chances. The Florida native and devoted family man’s rise from obscurity was well documented through his riveting appearance on American Idol. Known to America as “Big Mike,” he was famously “saved” by the judges, giving him a second chance to continue through the prized competition.

His heartfelt music has been virtually a lifetime in the making. He got his first guitar when he was three. He would mimic the moves of guitar players. Beyond church, Michael’s mother shared her love of music with Mike and introduced him to a wide range of artistic sounds and styles, including 2Pac, The Notorious B.I.G., Michael Jackson, Earth, Wind & Fire, Bonnie Raitt and Jimi Hendrix.

After wowing millions of fans on Idol with his comforting and powerful voice, and performing throughout the United States as part of the American Idol LIVE! tour, Lynche and his band come to the Barns with music by James Brown, Stevie Wonder, Ray Charles, Otis Redding, Sam Cooke, Luther Vandross, Al Green and more. Tickets are $25 in advance to 1pm the day of the concert, $30 at the door.

Tickets for all events are available at the Barns box office at 540-955-2004 or order online at barnsofrosehill.org.  Parking is available at the Government Center lot on Chalmers Court off E. Main Street in Berryville.