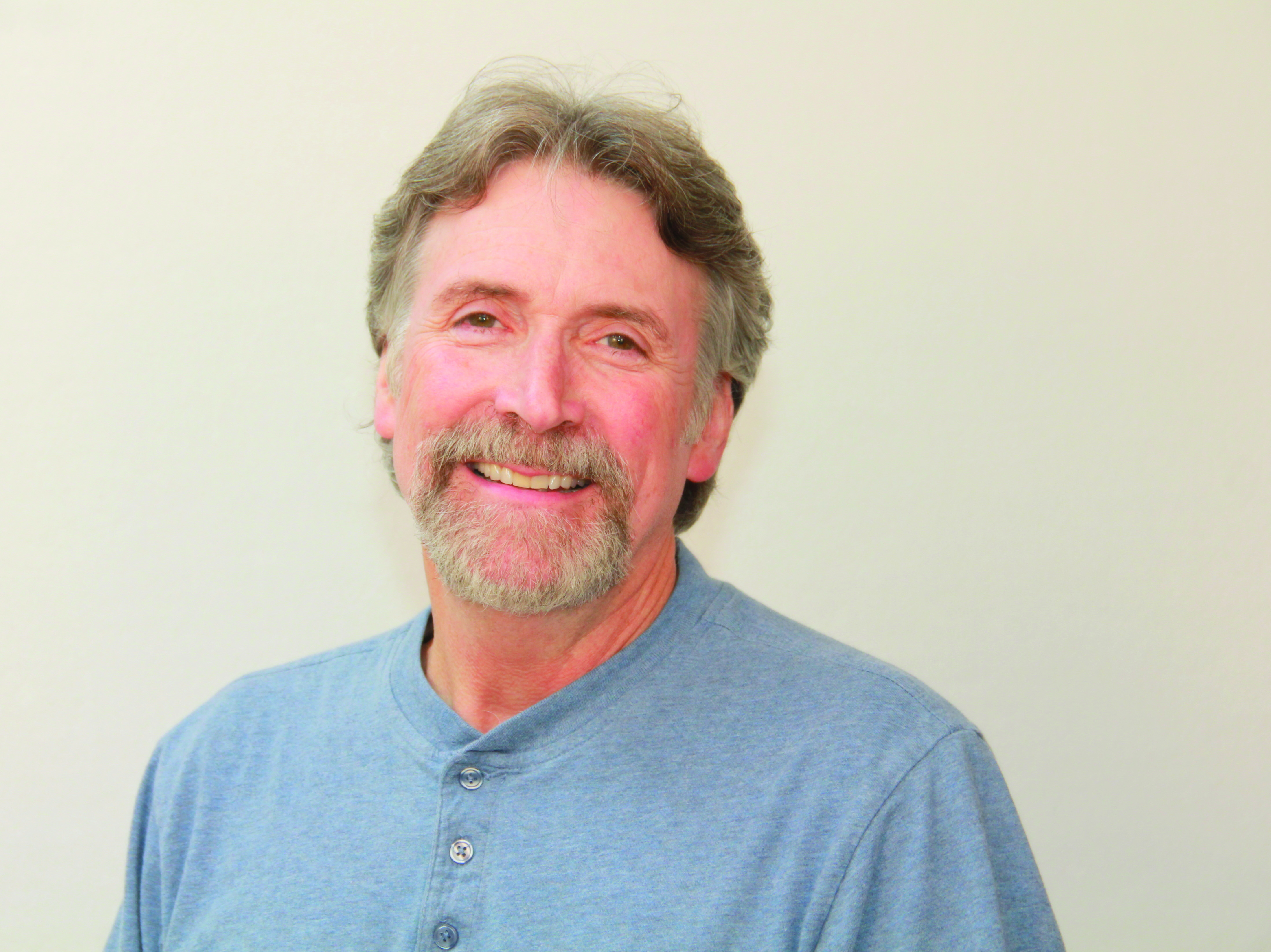 Clarke County commuters have driven with WINC-FM’s morning show host Barry Lee for 30 years—starting the workday with entertaining banter. But his greatest contribution to the area is his work with the annual Chain of Checks campaign. To date, the campaign has raised over a million dollars for charitable causes and other worthy programs in the area. While that is an impressive amount, it all started with a simple, on-air request.

In December 1986, Lee asked listeners to send greeting cards to decorate the broadcast studio for the holidays. He has been known to call his listeners “extended family,” and the cards would serve as a means of connecting in a tangible way with those he served. Recognizing that local families often have increased need for support during the holiday season, Lee asked those sending cards to include a donation for charity by way of a check written for just one dollar. The organization he selected as the campaign’s first beneficiary was CCAP, a cooperative ministry and charitable program providing financial, material, and supportive assistance to those in need. CCAP would use the funds collected through the card campaign for blankets and heating oil desperately needed in the cold, winter months.

That card campaign had no name, no official structure at the time. It was just a simple request, but the checks did start rolling in. Lee constructed a paper chain of the checks and “decked the halls” of the studio and the adjacent offices. One check, one dollar at a time, the WINC-FM Chain of Checks was born. Twenty-eight years later, the campaign is still going strong—although the chain is now made of reproduction checks, while the real ones are kept secure!

While most attribute the campaign’s success to Lee’s dedication and good rapport with the community, he believes that the Chain of Checks is nothing more than another example of the community’s extraordinary generosity. “I could never have imagined the success we have had raising this money,” Lee says. “I am continually humbled to be a part of this campaign, and I am always in awe of the generosity of this community.”

“I still run into people who talk to me about the beauty of that initial idea—the beauty and simplicity of simply asking for one dollar and raising funds one dollar at a time,” Lee continues. “In the early days, people would include ten checks for one dollar each, just to make the chain longer. We raise between $40 and $70 thousand each year now, but we still keep a small version of the chain in the studio to remind us of how it all started.”

Over the years, numerous agencies have benefited from the funds reflected in those chains. One year brought with it an experience that impacted Lee forever after. At the end of the 2006 campaign, a letter sent to CCAP (a repeat beneficiary) was shared with Lee. The letter was from a young boy whose family received support from CCAP.

The letter thanked “the peoples of CCAP” for milk, because the family often had to use water for their cereal. It also relayed a heart-wrenching thank you for socks. “Thanks for the socks,” it read, according to Lee. “Now my feet don’t hurt when I wear shoes.”

“I carried that letter around with me for a long, long time,” Lee recalls. “His name was Corey. I’ll never forget that. We have the letter in our archives, but they made me a copy that I have shared with others over the years. After thanking CCAP for the milk and the socks, almost as an afterthought, he thanked them for a bicycle he received. That really struck me. He was most grateful for the little things that made his life better.”

Lee wants to meet Corey one day, but not to reply to his letter. Instead, Lee wants to thank Corey because on one of the campaign’s annual match days (a day where a business matches funds that are raised from the community), Corey’s words moved the heart of a corporate sponsor. “I was just talking to him, and I shared the letter with him,” Lee recalls. “He was so moved that he doubled the company’s gift on the spot. I’ve shared this letter several times since, and I hope someday I can tell that little boy, who would be a young man now, what a difference his words have made.”

Corey is joined in making that difference by thousands of people who have supported the Chain of Checks by donating money or participating in a number of events and activities that support the cause. Many supporters participate in the annual Columbus Day golf tournament that provides the initial funds to kick off the campaign. The bulk of funds raised on that day are provided by area businesses that serve as “hole sponsors.”

While those businesses have been able to support the campaign through the golf tournament for the past 23 years it has been held, they have a new opportunity to support the project this year. Lee is looking for 50 businesses to place collection canisters at their offices. Collected monies will be brought to the station on this year’s match day, thereby providing a significant boost to the campaign’s total heading into its final stretch.

Businesses do a lot to support the Chain of Checks, but the contributions of private individuals are of equal importance to raising the significant totals the campaign brings in each year. Every year, local residents come out to listen to the benefit concerts and performances of local organizations or to visit Clearbrook Park’s “Walking in a Winter Wonderland” annual light show during a particular evening where a percentage of admission fees are donated back to the campaign. (Clarke County’s own Clarke County Community Band will perform for the benefit of the campaign on December the 6th.)

This year, supporters will have additional opportunities to be a part of the campaign through remote radio broadcasts and two special movie showings (on November 29 and December 3) where guests can enjoy a meal and a movie at the Alamo Drafthouse Cinema in Winchester. Lee and his colleagues have really put a lot of thought into engaging the public to support the organizations benefiting from the funds raised.

This year, funds raised will assist Special Love, the Freemont Street Nursery, and the WATTS program. Each of these beneficiaries was selected following a thorough review of submitted applications and an assessment of both financial need and potential impact.

Special Love, a nonprofit organization that provides support for families impacted by childhood cancer, wants to increase its recreational and support offerings for children battling cancer. They already offer an acclaimed camp called “Camp Fantastic,” which is a weeklong program that gives participants a chance to step away from the reality of life with cancer and enjoy childhood activities in a supportive environment.

The Freemont Street Nursery is a nonprofit organization that provides safe, secure, and educationally appropriate childcare that is affordable for lower-income families. The program enables families to obtain and keep steadier employment while ensuring children are safe during standard working hours. They seek funds to purchase a used, 15-passenger van that will transport their charges during various fieldtrips and outings.

The WATTS program (short for Winchester Area Temporary Thermal Shelter) is a nonprofit program that provides overnight, temporary shelter for homeless and needy persons during the coldest months of the year. Local faith-based organizations host the individuals in need for one week each, providing them a warm place to sleep, a nutritious dinner, and a light breakfast. The program seeks funds to increase their ability to shelter individuals (or guests, as they are called by program volunteers) for an additional two weeks of the winter.

These three causes with their described needs are only the latest in a long list of chartable organizations and programs that have benefited from the generosity of the public and the existence of WINC-FM’s Chain of Checks. Supporting Lee’s initial vision has become a holiday tradition for many area families, and it will almost certainly continue to be so for many years to come.

If you are thinking of sharing holiday joy in a very real and impactful way, you can contribute to the 2014 Chain of Checks and its three worthy beneficiaries by visiting www.chainofchecks.com.

The Weather Outside Is Frightful