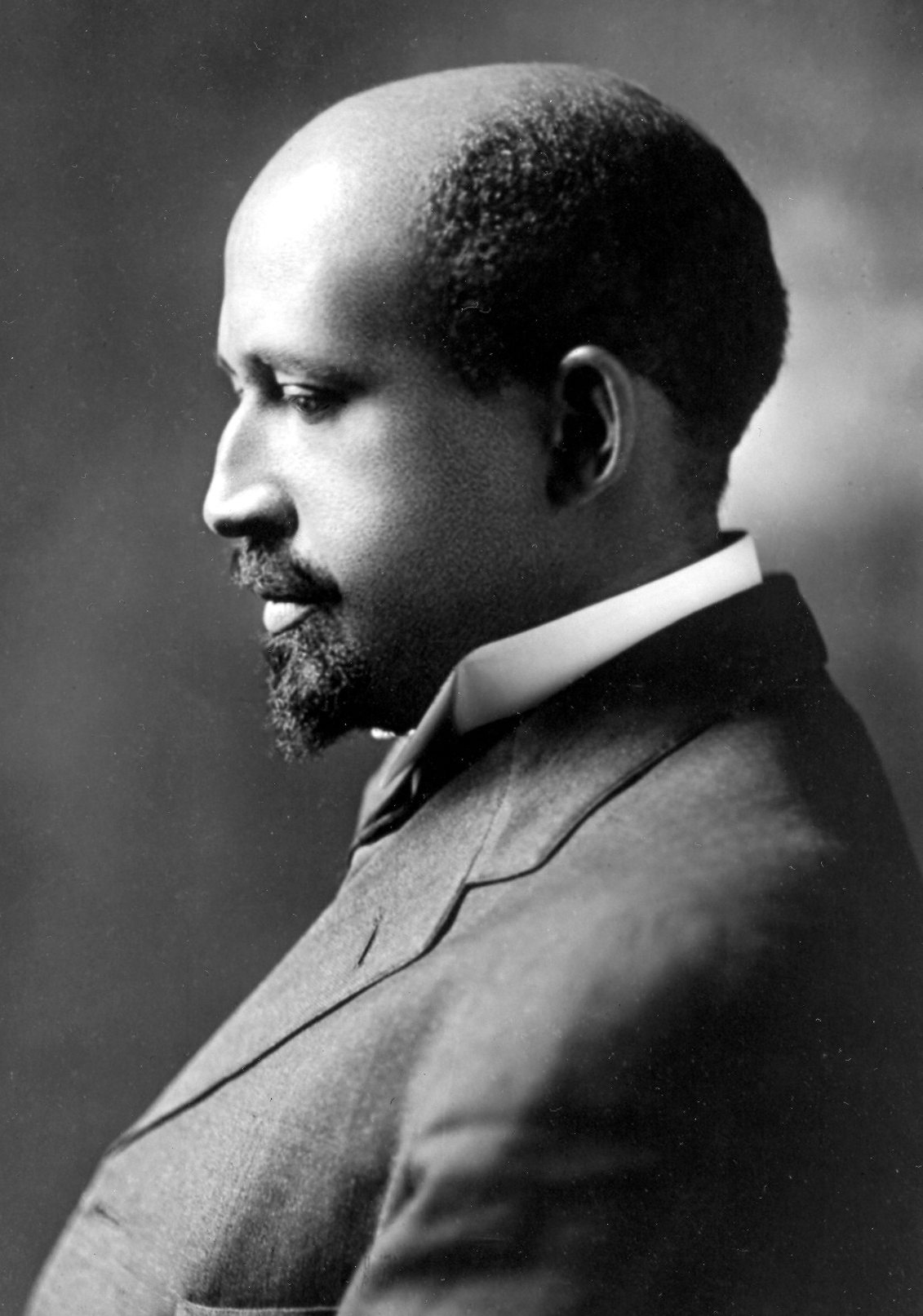 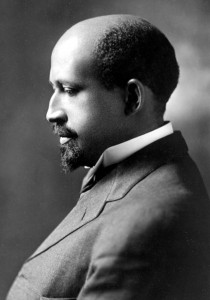 How the Feud Between W.E.B DuBois and Booker T. Washington shaped education

By Jess Clawson
This is the second installment in a series on vocational education in the U.S. The March piece focused on the roots of vocational education in the post-Reconstruction era South.
Clarke County High School students have new opportunities for career and technical education this spring, with continued growth in upcoming semesters, thanks to the county’s collaboration with local business owners and professionals, as well as their work with Lord Fairfax Community College.
Career and technical education — once called vocational education — has been the subject of debate in U.S. education for about 125 years. Stakeholders in vocational education and in classical liberal arts education have been at odds since Reconstruction ended in 1877, at which time the Union troops left the South and a reign of white supremacist terror and intimidation began in order to keep black people from exercising their political rights. Schools in particular were targets of Ku Klux Klan and other terrorist group activity.
The southern black community believed in the centrality of education. This desire was not derivative, not mimicking the habits of white people, but was rooted in the values and aspirations of black culture. At the end of Reconstruction, several groups of northern white people involved themselves in black southern education. One group, missionaries — typically middle class northern Protestant white women — wanted to give black students a classical liberal arts education and thought they would move into the mainstream of society.
The second group, northern philanthropists, favored vocational education and perpetuated racial accommodation. They wanted the north to stay industrial and the south to stay agricultural, and so they funded agricultural education in the south to keep black people working on southern farms.
Of course, black people were neither passive in educational attainment nor unified in their views about what sort of education would serve their communities best. The feud between Booker T. Washington and W.E.B. DuBois exemplifies the debate and the rise of vocational education in the U.S. before the Progressive era. 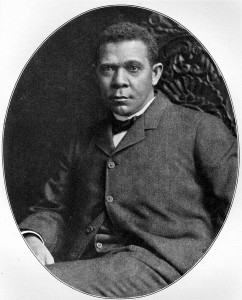 Booker T. Washington was born in slavery. After emancipation, he attended the Hampton Normal and Agricultural Institute (now Hampton University), then an agricultural training program for black people. Washington’s political views were gradualist: he wanted racial equality, but he did not think that black people were educationally advanced enough to compete with white people in classical liberal arts settings. Thus, he preferred they gain equality through learning a trade and becoming economically independent, and gradually integrating into society. He became president of the Tuskegee Institute in Alabama in 1881 with the intention of acting on his vision.
Washington wanted black people to conform to white cultural values and expectations. He did not want black people to risk their lives by voting, running for office, moving off the farms and into the cities, or in any other way potentially attracting violence from white people. Thus, at Tuskegee, he trained black people in industrial vocational skills. He wanted to restore dignity to manual labor that slavery had taken away in the hopes that this would be a step toward economic self-sufficiency for black southerners.
This concern about the dignity of manual labor continues today. “In CTE, when working with kids, you’re fighting old stereotypes,” says Cathy Seal, director of curriculum and instruction for Clarke County. “Plumbing is a great profession, but kids aren’t interested in plumbing because they think that entails working on commodes and toilets. They don’t understand the construction realm, and all that could possibly be.” The stigma attached to anything that is not considered white-collar remains.
In 1895, Washington laid out these ideas in a speech at the Cotton State Exposition, addressing industrial leaders. His words, which came to be known as the Atlanta Compromise, encouraged the white industrialists to “cast down your buckets where you are.” He wanted white people to employ black people in the south, because if industrial leaders would accept the black population and integrate them into the economic system, he believed, they would have better race relations. Washington was convinced that vocational education and a gradual integration would prevent racial violence, even if it would not foster political equality.
Washington’s primary opponent was W.E.B. DuBois. Born in 1868 in Great Barrington, Mass., to a middle class family, he had a different perspective on racial equality than did Washington. DuBois was highly educated, earning his undergraduate degree at Fisk and his Ph.D. from Harvard — he was the first black person to do so. In 1903, he published The Souls of Black Folk, which introduced the idea of the “Double Consciousness.” He argued that black people were unique in the U.S. because they have two impulses: to integrate into white society and to prioritize their African heritage. The two cultures pulled black people in separate directions.
Because he was more ambivalent about integration than Washington, he was skeptical of Washington’s plan for achieving equality. He wanted to provide the opportunity for some black people to receive the classical liberal arts education that he had. This would give black people the tools to grow their communities. Thus, he vehemently disagreed with Washington on gradualism and the emphasis on vocational education.
DuBois, however, did agree with Washington that not all black people were prepared for classical liberal arts education. He wanted what he called the Talented Tenth — or the top ten percent of academically gifted black people — to get the liberal arts education he valued. These people would bring about equality for everyone else, because they would be the lawyers, physicians, politicians, and other members of the professional class with the capacity to advocate for black communities on the whole. The remaining 90 percent of black people could get the vocational education Washington recommended.
The disagreement between DuBois and Washington was not really about how the majority of black people should be educated. Rather, it was about how to train the leaders, or whether black communities should have leaders at all in a way white society would recognize. DuBois was so vehement in his disapproval of Washington’s plan that in 1905, he formed the Niagara Movement to challenge Washington. This led to the formation of the NAACP in 1909, meant to bring about racial equality, totally and quickly. DuBois and the NAACP supported the black freedom movement of the 1960s (DuBois died in 1963), which fought for rights to vote, equal opportunities for jobs, and equal education facilities.
Washington’s gradualist strategies and preference for vocational education were more successful in the short term because they appealed to the industrialists and raised a lot of money. However, DuBois’s strategies have had more long-term success in the ongoing efforts to bring about equality for black people in the U.S.
Clarke County includes a piece of this history. In 1882, freed people built the Josephine City School to provide children with grade-school education. The school, operated primarily under the principles embraced by Washington, eventually was renamed as Clarke County Training School. In 1966, after public school desegregation, it again underwent a name change and became the Johnson-Williams Intermediate School, serving students of all races until closing in 1987. The original Josephine City School is now on the National Register of Historic Places, and in 2003 became the first museum devoted to the history of Clarke County’s black community.
Whether vocational education could serve the purpose to uplift underprivileged people, or whether it was meant to maintain their status as working class, would remain a primary topic of discussion for educators for more than a century.
The debates about vocational education gained a great deal of traction in the Progressive era, when they migrated to urban schools for northern white people. These will be discussed in the next installment. Jess Clawson lives in Winchester, Va. She has a PhD in education history from the University of Florida.
Share Clarke!

This Gathering Is For Everyone

Meeting an epidemic head on
Scroll to top