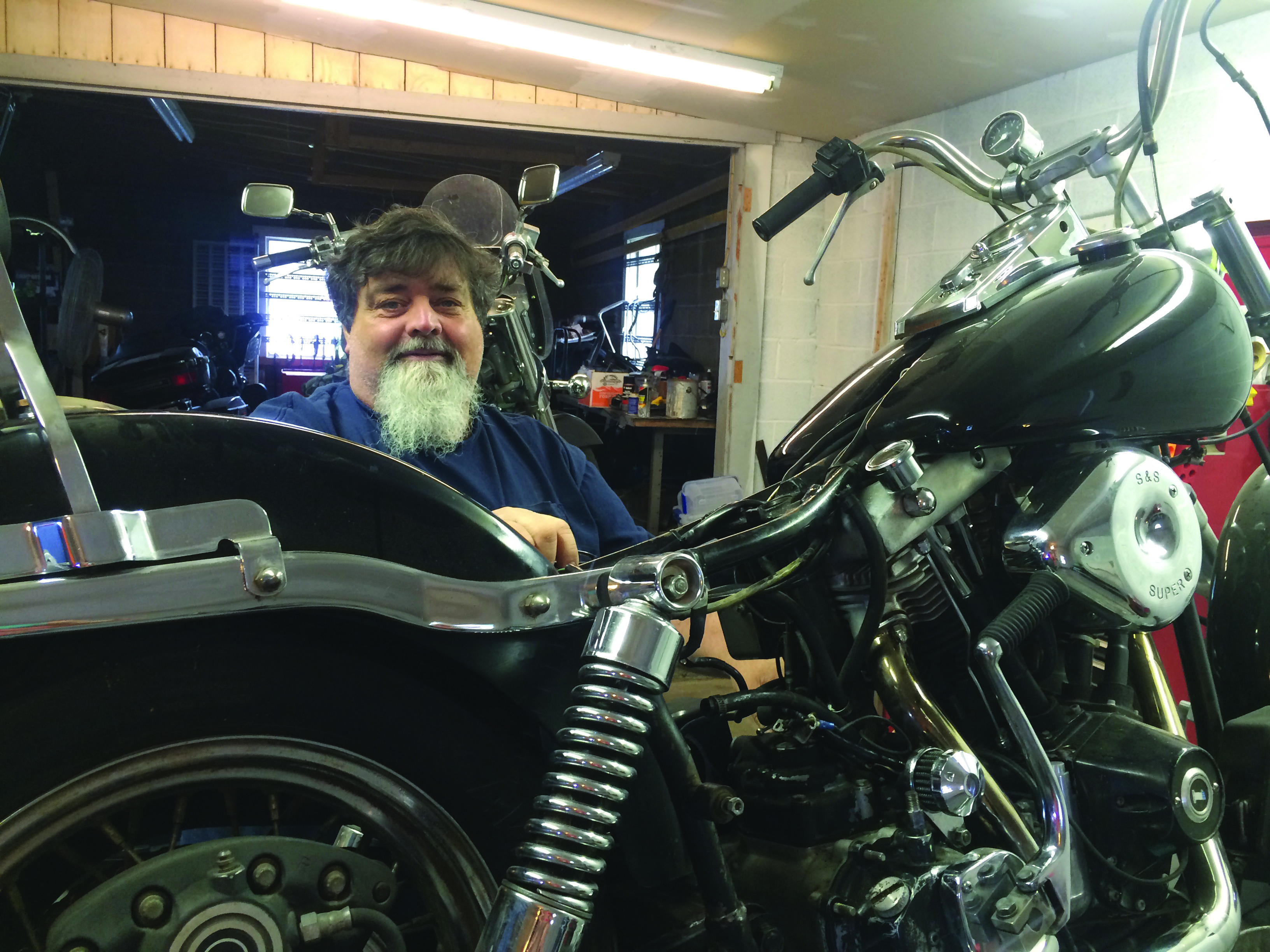 Want to meet a cool cat in Berryville? Head on down to Kenny’s Auto and Trike on Buckmarsh Street. Kenny has been turning wrenches for 40 years. His first Craftsman tool set came under the tree at Christmas when he was 7 years old. He proceeded to use it to build himself a mini motorbike at 8.

Growing up, Kenny’s family didn’t have a lot of extra money; he saw all his friends in the neighborhood getting mini bikes and other cool toys. He figured out young that if he wanted to keep up he would have to start building his toys himself. And he hasn’t stopped yet. As a matter of fact Kenny will tell you proudly that he still has most of the tools from that first Craftsman set. That is not surprising considering the immaculate condition of Kenny’s shop. There is not a tool out of place or a puddle of oil to be trod through.

Trikes have been growing in popularity. The baby-boomer crowd loves the idea of a motorcycle with the stability of three wheels. For Kenny the trike journey began about eight years ago when his wife wanted to start riding motorcycles. She, however, had been in a car accident, so a traditional bike just wasn’t an option. So Kenny researched every conversion package he could find. It took a while to land on DFT conversion sets. After converting a bike for his wife to enjoy, he was so impressed with the quality and intrigued with the process that he knew this was a brand he could represent.

He explains there are  differences between a stock model trike and a conversion. “Our conversions have an independent rear suspension; they are more comfortable to ride, and offer better handling,: Kenny explains. “The store bought trikes are a straight axel. There’s a huge difference.”

According to Kenny, not every bike is trikable—yes, that’s a technical term. Only certain models will do, and it’s not possible to convert a sport or racing-style bike. The conversion process takes about three weeks start to finish.

Kenny’s doesn’t just do trikes. Kenny himself is an ASE Master Technician for autos, trucks and heavy-duty trucks. With his two full-sized lifts he has plenty of working room in the main garage for cars and trucks. On the day I visited, Kenny’s team was rebuilding the rear end of a Chevy 2500 truck. The shop handles all types of jobs, suspension and lift kits to air-conditioning or replacing engines and transmission. Kenny’s uses Jasper engines and transmissions because they have a great reputation and he has had a lot of success with them.

Why go to Kenny’s? His no nonsense professional approach, “I tell it the way it is. I don’t sugar coat it,” he says, adding, “We get the work done, and we get you back on the road.”