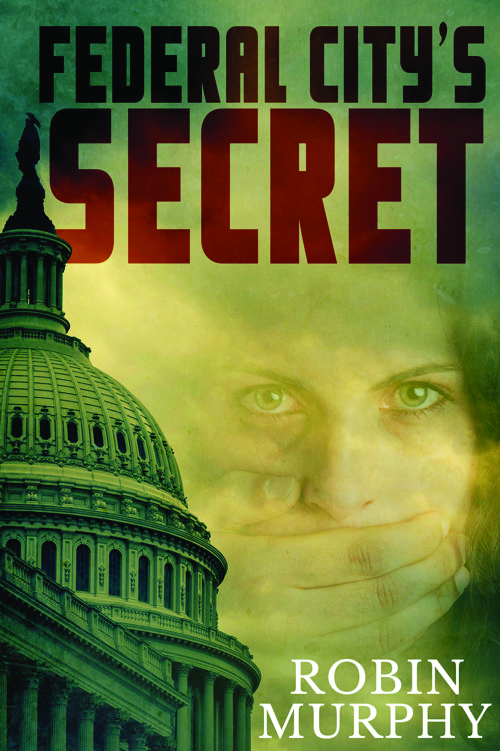 Think about the last time you visited a bookstore. A sea of shelves present row-upon-row of titles waiting to ignite your fascination and imagination. Colorful jackets and covers beg for attention and entreat you to take a chance on the contents hidden within. Many dream about publishing a novel, but the discipline to do so escapes most of us. For Robin Murphy, an author from Maryland who will soon be signing her work at the Winchester Book Gallery, inspiration hit suddenly and the act of writing became as necessary as breathing. It simply had to happen.

Murphy is rare among writers, many of whom claim to have always felt the call to write. For her, the drive came on suddenly. “I never dreamed of being a writer,” she says. “I’m not even sure I can explain it well enough, except that the first story I ever wrote ‘just happened’ in 2006. I began to imagine this romance story that took place in Ireland and I sat down one day at my laptop and…wrote. It just poured out of me.”

Having no formal training in the world of writing and publishing, she listed the book on Lulu, an online self-publishing and eBook company. Success was not immediate, and she relays that she sold “a whole whopping five books to family” (including one to herself).

The itch to write did not subside, even after the disappointing sales associated with her first work. So, she took a few college-level writing courses. Murphy is also a graduate of Long Ridge Writers Group, a program that teaches writers both the craft of writing and the act of selling their work. Having built the foundations of a career, she made writing an integral part of her life. Today, she is attuned to her creative vision and finds that the voice inside her can whisper its inspiration at any time.

“Writing for me comes in different ways, in the sense that I never know when the creative muse will begin to knock on my brain crying to get out, but even if it’s percolating, I’m not always in the situation to just sit down and write,” she says. “Being at work is one of those scenarios, but what I always have with me is my journal. So if something pops into my mind on how I’m going to kill off a character, I quickly pull out my journal and make a note. I’ve even grabbed my smart phone in the middle of the night to write down a thought in my notes.”

Her method has led to the creation of a successful series centered on a protagonist named Marie Bartek. The character discovers that a childhood psychic ability has returned. Bartek embraces her gift and works to create a paranormal (read ghostly and otherwise unexplained) investigative team of talented individuals called Sullivan’s Island Paranormal Society, or SIPS for short. The team investigates mysterious occurrences and helps people deal with paranormal activity plaguing their homes or businesses. Murphy explains, “Because of their talents, they get pulled into mysteries that involve murder, ghosts, demons, the mafia, and even pirates.” Their story is told through a series of four novels within which she has woven a tale of mystery, friendship, and romance.

The first book in that series, Sullivan’s Secret, ended up being recognized as an Amazon.com best-selling book. Murphy recalls what it was like when her work achieved that status. “I think I did a little happy dance in my kitchen the morning I found out, while my husband looked at me as though I had lost it,” she recalls. “No seriously, that was an inner goal of mine and I kept it in sight. I never gave up. I self-published the first three books in my series, and then my publisher, Creativia found me on Twitter and asked to see my manuscripts. It took off from there.” She gives credit to the publisher while recognizing that the investments she has made in her work has paid remarkable dividends. “It’s my passion and there’s nothing greater than seeing all of that hard work come to fruition. It’s exciting, but I’m also very humbled.”

When the ink dried on Sullivan’s Secret, Murphy found it hard to let go of the characters whose lives were plotted in the work. “I missed them and I felt they needed to grow and they had more to accomplish,” she says. “I’m not sure if there was a catalyst other than the inner drive to write. It’s just there. You can’t stop it.” Her successive works provide readers additional opportunities to delve into the lives of the inhabitants of Sullivan’s Island.

In addition to her successful paranormal series, Murphy (now a veteran author) has written a nonfiction title called A Complete “How To” Guide for Rookie Writers. She says that she loves helping others, especially new writers. The work details insights from her beginnings as a rookie writer and her adventures in self-publishing to how she achieved her dream of being traditionally published.

“I’ve read countless helpful books that tell you to go here, or go there, but I wanted to take it a little deeper and actually give the step-by-step instruction to make it easier. It’s simple to say go out to this link, but what happens once you get there? Writing is my passion and I have met so many amazing people that have helped me along the way. I want to share what I’ve learned…I hope I achieve that in this book, as well as from my website, www.rookiewriterssolutions.com.” The site provides writers numerous tips and insider tricks to help them market their work and achieve their goals.

While the site provides a crash course in what it takes to pursue a successful writing career, Murphy recognizes that it is an author’s work that drives that career. She encourages would-be authors to write as much and as often as they can. “Write…write…write!!! It doesn’t matter how you do it; just write it down. Get it out there on the page. Don’t worry about your commas, sentence structure, or point of view, just get the story down, and then you can go back and edit or take a writing course if needed.”

Locals seeking additional inspiration would be wise to check their calendars and reserve some time on September 26, 2015 from 11am to 1pm. On that day, Murphy will be at the Winchester Book Gallery at 185 N. Loudoun Street on the Downtown Walking Mall in Winchester. To learn more about Murphy’s work, visit www.robinmurphyauthor.com. Perhaps her story will help you finally pen yours.