By Claire Stuart
Clarke County artist Constance Belle Fisher invites you to visit her Northlight Studio open house on December 9 as part of the Top of Virginia Artisan Trail’s Open Door Tour. Influenced by the French Impressionists, Fisher loves to explore the use of mood and light in her works. She enjoys painting the old barns, churches and small towns of rural America, and she has worked in watercolor, oil and acrylic. Her paintings are in private collections across the United States and exhibited in many competitions.
“You’ll never make a living doing that,” countless hopeful artists have heard from their parents, including Fisher. However, there are many practical ways that determined artists can make a living, even if they are not exactly what the artist dreamed about. They pay the bills (and can be quite interesting) while artists continue to pursue their dreams of doing fine art.
Fisher, born in Pennsylvania, started showing her talent as an artist as a small child. When she was just in fourth grade, she won a scholarship to Carnegie Mellon College of Fine Art’s Saturday School, where she studied until her father was transferred to Baltimore. She continued to study art at Maryland Institute College of Art, Baltimore Community College, Towson University and Johns Hopkins University.
Upon the recommendation of her high school art teacher, she applied to Hopkins’ Department of Art as Applied to Medicine. There, she worked as a medical illustrator, a highly-specialized field in which anatomical structures have to be rendered in extremely accurate detail. Fisher spent several years at Hopkins, providing
illustrations for doctors to use in their seminars and publications in prestigious
medical journals.
“Some of my work appeared in a book on the history of cardiac surgery,” she reported.
Over the years, she worked designing ads for the Yellow Pages phone directory and as a staff artist for a four-color magazine in Washington, D.C., a job she describes as
graphic oriented.
She has lived in Clarke County over two decades, and over the last ten years, has gotten back into fine art. She has continued to study with well-known artists and to keep growing her skills, and she was getting ready to head for a painting workshop.
“I’m trying to reinvent myself,” she declared, “and I try to combine different techniques. I even did one painting with a palette knife! I quit oils years ago because the only thing you could thin them with was turpentine, and the smell was overwhelming! Now I’m into acrylics because you can water them down, and like oils, you can still build up layers of thickness.”
While her earlier art had generally been representational, she is now exploring the freedom of abstracts. “I’m trying to be looser, more expressive. I’m hoping to evolve.”
Art is not Fisher’s only passion. She loves dogs, especially the standard long-haired Dachshunds that she has been breeding and showing for 30 years. She has met a lot of interesting people through their connections with dogs, including her husband, whom she met at the Westminster Dog Show. One of her dogs, Meri Cassatt, won a prize at Westminster in 1991. She and her husband are both American Kennel Club judges, and she has travelled as far as Australia for judging.
Through dog shows, she met her best friend, Sidney Frissell Stafford, whose mother was a famous photographer, Toni Frissell. Frissell had worked for Vogue, Harper’s Bazaar and Life, and became the first woman photographer for Sports Illustrated. She photographed American troops in Europe during World War II and the rich and famous, from movie stars to Eleanor Roosevelt and Winston Churchill. She photographed John Kennedy’s wedding. When she died, she bequeathed her photos to the Library of Congress.
After her mother’s death, Stafford decided to put together a book of her mother’s photos. “She wanted me to be a part of the book project,” Fisher reported, “and I went with her to the Library of Congress.”
They sifted through mountains of photos and papers, and then, of course, the book needed a publisher. Jackie Onassis was then an editor at Doubleday, and Stafford was sufficiently connected to pitch it to her. Onassis met the women at the Library of Congress and took them to lunch! The book, Toni Frissell Photographs 1933-1967, was published by Doubleday in 1994, with an introduction by George Plimpton, and Fisher’s assistance is acknowledged in the book.
Stafford passed away six years ago, and Fisher adopted one of her dogs, who now works as a reading therapy dog at the library.
Fisher hopes to see everyone at her Crum’s Church Road studio on December 2. Original paintings as well as limited edition giclée prints will be available for purchase. And Fisher will be happy to talk to you about dogs!
Visit her web site at:
http://northlightartstudio.net
Share Clarke! 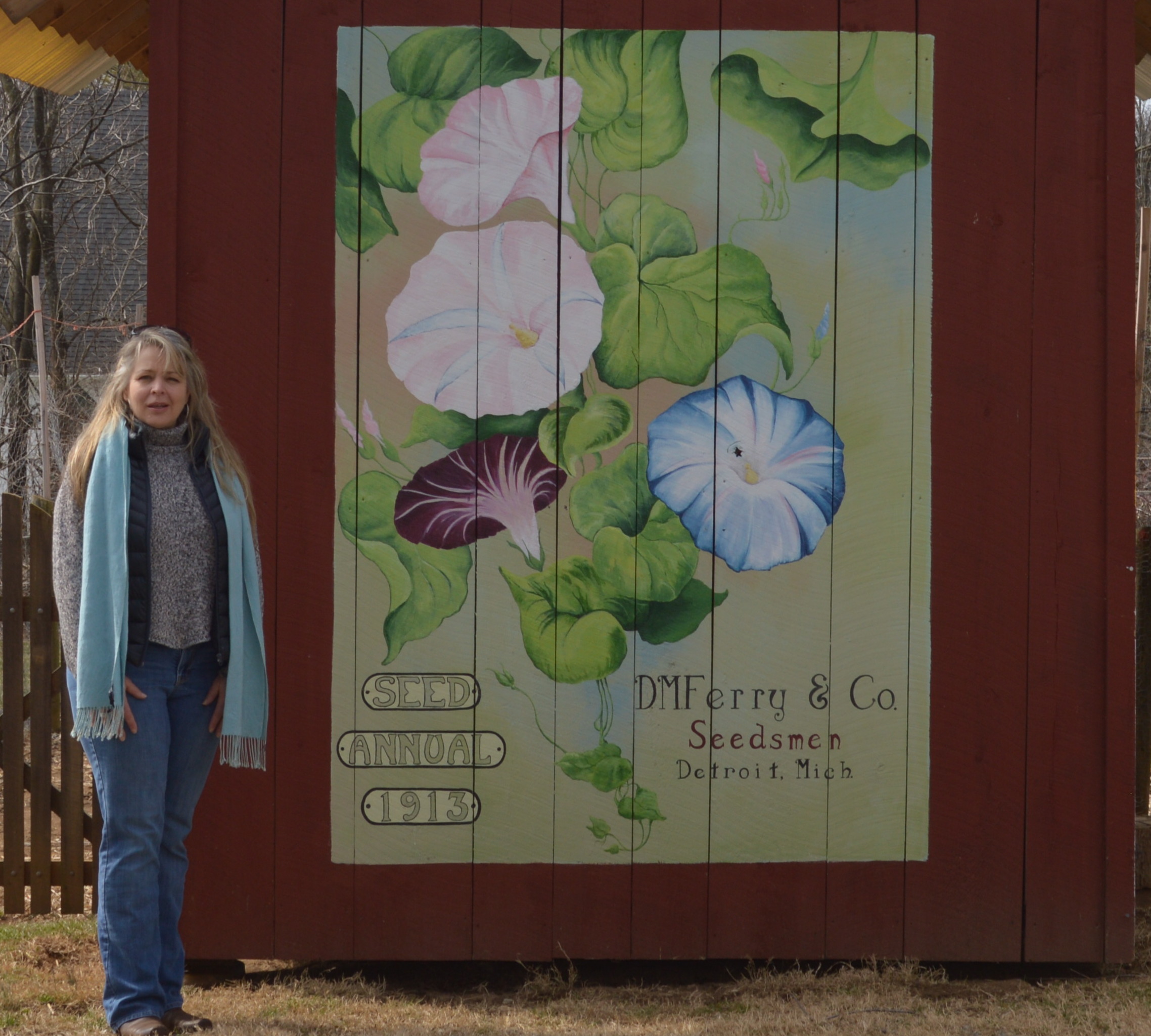 A Holiday with History
Scroll to top