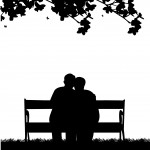 I didn’t realize this, but like most people I tend to interchange the words Dementia and Alzheimer’s, when in fact there are nine different types of dementia — Alzheimer’s is one of them. Dementia is a general term for loss of memory and other mental abilities that are severe enough that they interfere with everyday life. In general, dementia is caused by physical changes in the brain. Normal aging includes slowing down of our bodies and brain, although our intelligence remains stable. Dementia is usually a set of symptoms that will include more than one of the following brain functions with memory impairments:

Alzheimer’s disease accounts for 60–80 percent of dementia cases. By 2011 guidelines for Alzheimer’s, diagnoses recommended that it is considered a slow progressive disease that begins well before symptoms emerge.

Vascular dementia used to be known as multi-infarct or post-stroke dementia and is less common, accounting for about 10 percent of cases.

In dementia with Lewy bodies (DBL), patients often have memory loss common to Alzheimer’s; however, early symptoms might arise such as visual hallucinations, gait imbalance similar to Parkinson’s features, and sleep disturbances.

Mixed dementia is more common than previously thought. For example, Lewy bodies can be present at the same time as Alzheimer’s.

Parkinson’s disease is a very progressive form of dementia, and is similar to Alzheimer’s or Lewy bodies.

Frontotemporal dementia symptoms include changes in personality and behavior and difficulty with language.

Creutzfeldt-Jakob disease is a rare fatal brain disorder affecting people and other mammals, like cattle, where “mad cow disease” has been transmitted to people under certain circumstances.

Normal pressure hydrocephalus is caused by fluid in the brain and includes symptoms of difficulty in walking, memory loss and inability to control urination.

Wernicke-Korsakoff syndrome is a chronic memory disorder caused by lack of Thiamine (vitamin B-1) and the most common cause is alcohol misuse.

Thank you to the Alzheimer’s Association website for this great info!

As we age and possibly become caregivers for our loved ones, it is important to treat them as a human being and not just someone who needs our help. Where safety and personal care might be our main concerns, and can be overwhelming at times, it is vitally important to nurture them both physically and mentally. I’ve heard that a good rule of thumb when caring for someone who has dementia: Remember that having dementia doesn’t mean that they can’t interact with you.

This thought provoking list of rules below was written by Rachel Wonderlin, a dementia practitioner, and is published on purpleelephant.org. People with dementia are worthy of our respect and love, despite their disease. Enjoy!

Memory loss like mild forgetfulness can be a normal part of aging; however, because dementia itself is not a disease, it is important to find out the disease responsible for the symptoms.

Time To Set Up Homes For Cavity Nesting Birds