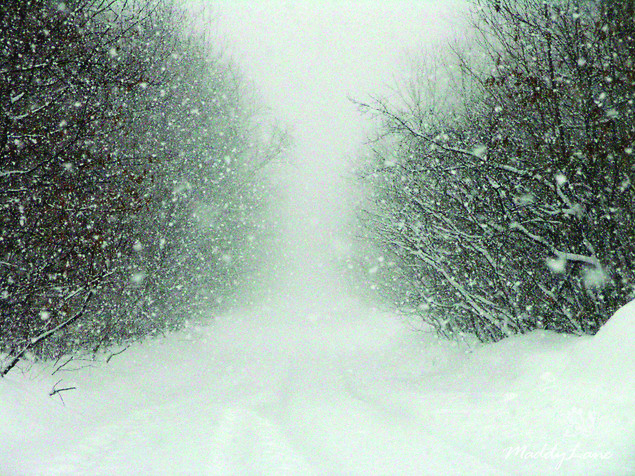 Maybe you started thinking about it when the first wintery blast of air arrived before Thanksgiving. Or maybe it didn’t hit you until the first seasonal viewing of Rudolph the Red-Nosed Reindeer, when the talking snowman shivers recalling the blizzard that almost canceled Christmas.

But admit it. At some point in recent weeks you started wondering: Will this winter be as cold as last? What was up with that polar vortex last year? And in the strange new world of global climate change, is this the new normal?

The short answer is, no one knows.

Scientists stopped using the term “global warming” to refer to climate change years ago. And you almost never hear them refer to the greenhouse effect anymore—the basic phenomenon that’s at the root of current climate change. That’s because, although 97 percent of climate and Earth scientists agree that carbon dioxide emitted from fossil fuels is warming the planet, they’re less certain about its regional effects.

Don’t think snow globe, where a shake of the hand triggers a uniform cascade of predictable weather throughout the land. Think shopping mall traffic jam, where cars on over-packed roads spill out onto neighboring streets in confusing new patterns, spawn unpredictable fender benders, and generate even more gridlock in unlikely places. We know that the last weekend before the holidays will be crowded. But we’re not sure how all that extra traffic will play out on the ground.

The same is true with climate change. Some places—such as the Arctic—are noticeably warming. In 2012, September sea ice in the Arctic hit the lowest levels recorded since measurements began in 1979, according to the National Oceanic and Atmospheric Administration—declining almost 14 percent per decade. Climate change is happening most rapidly in the Arctic possibly because warming temperatures get amplified when snow and ice start to melt. Brilliant white surfaces that once reflected sunlight back into space disappear, replaced by dark water and soil that absorb sunlight rather than reflect it. In other words, all the exposed water that used to be covered in sea ice now traps even more heat in Arctic ecosystems, facilitating even more melting, more heat, and so on.

So doesn’t that mean a warmer winter in the Mid-Atlantic? Not necessarily. Some scientists believe that climate change is leading to more extreme weather events in the mid-latitudes of the planet. That means more heat waves in summer, but also more cold snaps in winter as the frigid polar vortex that normally stays high in the stratosphere above the Arctic, becomes unstable.

Dr. Judah Cohen is one of the scientists leading this work. He’s Director of Seasonal Forecasting at the consulting firm Atmospheric and Environmental Research in Massachusetts, and a research affiliate at MIT. “There have been a lot of reports in the media that melting sea ice is causing all kinds of crazy weather,” Cohen said in a recent telephone interview. “There are all of these theories out there; all these researchers working independently. We’re trying to make a little order out of the chaos.”

Cohen recently coauthored a scientific review of those theories. His own research links the amount of snow cover in Siberia in October with weather in the continental United States the following winter. More snow in Siberia means it’s more likely the polar vortex will dip into our neck of the woods a few months later. The records go back to the late 1960s. Since 1988, according to Cohen, October snowfall in Siberia has been expanding. Why? Possibly because more exposed water and warmer Arctic temperatures lead to more moisture in the air. Then, as the weather cools in the fall, this moisture drops across Eurasia as snow.

What happens next is uncertain, but there are several possible—and most likely interconnected—theories.

Shifts in the jet stream might also contribute. The jet stream refers to the constant winds that blow from west to east across the northern hemisphere. Those winds are driven by differences in temperature between the warm tropics and the cold Arctic. As temperatures in the Arctic warm at a faster rate than those in the tropics, the difference between tropical heat and Arctic freeze decreases, slowing the jet stream. A strong jet stream holds the polar vortex in place. A slower jet stream allows it to meander farther south and spill out into mid-latitudes.

And finally, changes in sea ice and snow cover could alter normal planetary atmospheric waves created by topography and differences between land and ocean surfaces. Heating can increase the amplitude of these waves, injecting more energy from the lower troposphere high into the stratosphere where the polar vortex resides. That extra energy bombarding the polar vortex can make it unstable, and eventually break it apart. Once that happens, the frigid air that was contained in the vortex spreads south.

“None of this is mutually exclusive,” said Cohen. “There’s definitely overlap and dependencies.” But trying to sort out exactly what’s happening with so many different systems working across a global scale is challenging. Computer models that try to capture all these components often end up with different results.

Other climate scientists have completely different theories about the regional implications of climate change. Dr. Kevin Trenberth, a Distinguished Senior Scientist at the National Center for Atmospheric Research in Boulder, Colorado, believes that changes in ocean temperatures and currents in the Pacific drive winter weather across North America and Europe far more than changes in the Arctic do. In particular, a 15-year pattern that he believes contributed to frigid European winters from 2009 to 2013, and our cold temperatures last year, has shifted. That, combined with the formation of a weak El Nino, suggests that this year could be different: Namely, cooler and wetter weather than normal in the South and Southeast, and warmer, drier weather in New England. Sandwiched in between these two regions, “West Virginia and Virginia are hard to say,” he concedes.

And what has Cohen found? He hadn’t yet issued a formal public forecast when this article went to press. But he did share a vital piece of information: October snowfall in Siberia this fall was the second highest on record.

Rudolph could be busy.

Amy Mathews Amos writes about environment, health and history from her home in Shepherdstown. Her writing has appeared in The Washington Post, Pacific Standard, Earth Touch News and elsewhere. She serves on the boards of the American Conservation Film Festival and Marine Conservation Institute and blogs for The Downstream Project at thedownstreamproject.org. Follow her @AmyMatAm.