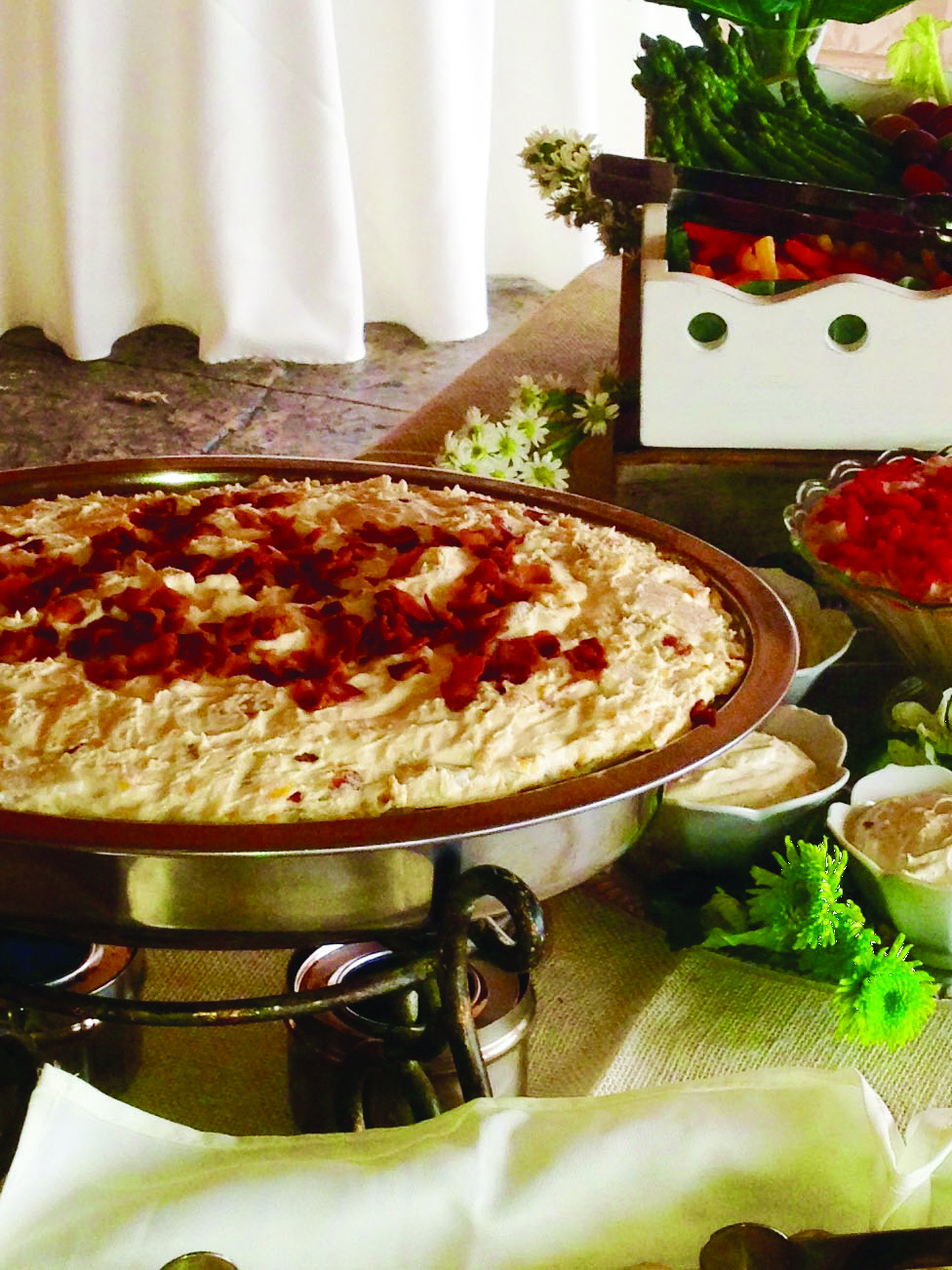 Cut each squash in half lengthwise and scoop out and discard the seeds. Arrange the halves in a large baking dish, fleshside up. Add ½” of water to bottom of the pan to maintain squash moisture.

Heat the remaining oil in a saucepan over mediumhigh heat. Add the onions and cook, stirring occasionally, until they are golden brown, about 4 minutes. Add the diced apple and cook for about 3 more minutes.  Add the quinoa, 1 teaspoon salt, and 2 cups water and bring to a simmer. Lower the heat, cover the pan and simmer, stirring occasionally, until the quinoa is tender and most of the liquid is absorbed, 15 to 20 minutes. Remove from the heat and let sit, covered, for 5 minutes. Uncover and stir in the cranberries, remaining syrup mixture, half of the parsley and half of the pecans.

Stuff the squash halves with the quinoa and sprinkle with the remaining parsley and pecans. Serve warm and enjoy!

From Love at First Bite

In a Medium Soup Pot: Cut Bacon into a small dice and cook until crispy. Remove from pan and drain on paper towels. Leave a small amount of Bacon fat in pan and add Onions, Garlic and Carrots. Saute vegetables.

Add softened Cream Cheese, Bacon (save ½ cup for topping) and Sherry to pan and mix together. Add Salt & Pepper. Heat until warm and creamy.

Put in Baking Dish and top with remaining Bacon. Can be served immediately or kept warm in the oven. Recipe freezes well.

What is your most treasured material possession and why?