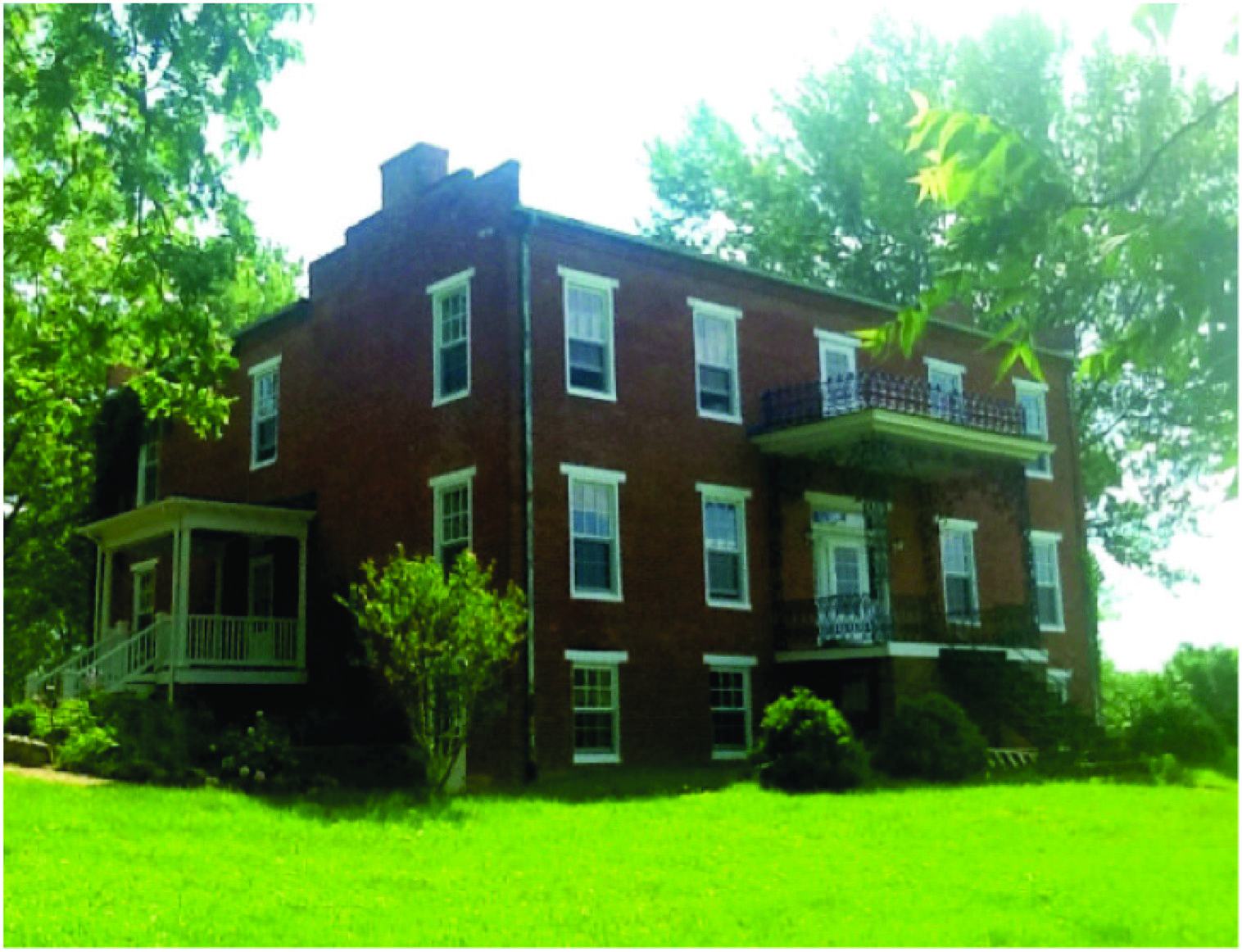 Clarke County, which we find so congenial, has been viewed so for millennia. The Native Americans loved it and lived here first, and did so in a superior manner, judging by the fact that when they were gone the land and the river and the woods were pristine and full of life. The European settlers who first climbed over that mountain to the east of us were happy to build log cabins and settle on such bountiful ground.

Some number of those settlers eventually built larger, sturdier houses—perhaps frame, brick, or even stone. And the wealthy few built houses huge by colonial standards—structures meant even then to be landmarks as well as homes. A number of these houses, pre-Civil War and even pre-Revolutionary War, stand sturdily today.

In this modern time of Trex decks, many bathrooms, air-conditioning, and attached 2-car garages, just what attracts buyers to these venerable dwellings? One local owner of a historic home, Randy Sprouse, says he bought the brick Greek Revival Dearmont Hall because he has always been fascinated by old houses and the history at their hearts. “The first old house I lived in was in college, in the Fan district of Richmond, and it opened my eyes to beautiful old houses,” he said. “I started touring the houses in Historic Garden Week. We’d pick an area and spend the day looking at the old houses.”

Clearly this man was already a devotee when he bought Dearmont Hall 18 years ago. The dignified house had fallen into disrepair. The huge old windows were rotting in their frames, there was no kitchen in the kitchen, and the house was generally in a bad way. I saw it (and coveted it!) at the time, and was struck by the fact that, though in a pitiable state, the house did not invite pity, but admiration for its stoicism. One felt the passage of years and sensed the busyness of its bygone inhabitants without being weighed down by them.

Perhaps it is this very quality which draws an individual to a very old or antique house. The buyer who has the inclination and resources to restore (as originally built) or rehabilitate (updated with care for the historic architecture) does posterity the favor of handing on a glimpse into the daily lives of earlier generations.

There are buyers who purchase old houses and gut and divide and drop ceilings and vinyl-side and – well, you get the picture. Some of these houses are no longer recognizable as old. These owners are creating their image of home, rather than preserving someone else’s. Other buyers have what can only be called a reverence for the past as represented by their house, and approach any renovation in the spirit of preserving the historical architecture and, yes, the aura of the house. As one of these owners, Sprouse says, “I like to allow an old house to keep as much of the flavor as I possibly can while still keeping in mind that a 20th-century family wants to live there.”

Sprouse says of his time as owner of Dearmont Hall, “I have always felt that I’m more the steward than the owner. The house is approaching its 165th anniversary, and I have only owned it for a little more than 10 percent of its life. I hope whoever has it after me will continue the stewardship to the benefit of the house.”

And Dearmont Hall lays claim to a generous slice of Clarke County history. On the property are the remnants of a pre-Revolutionary War house called Soldier’s Retreat, built by Major Lawrence Butler, an aide-de-camp to General George Washington. When Butler the soldier made the ultimate retreat, he was buried on the land near his beloved homesite along the Opequon Creek.

After Soldier’s Retreat was lost to fire, the current house was built and eventually bought by and called after the Dearmont family, one of whom was at Colonel Robert E. Lee’s side at Harper’s Ferry during the John Brown raid. He later rode into history as one of Mosby’s Rangers, roving the countryside and leaving the home place sheltering 23 women and children.

Walking through Dearmont Hall today, I am relieved to see that Sprouse’s loving rehabilitation of the house has left the high ceilings, the spacious bedrooms, and the lovely porches intact. I am especially happy to gaze on the untouched grace of the pair of staircases with the unique curved landings. I am no expert, but I have never seen staircases like these. And one would be hard-pressed to find the equivalent of the magnificent ironwork of the front entrance.

Dearmont Hall is now on the market, and available to make a new owner justifiably house-proud! 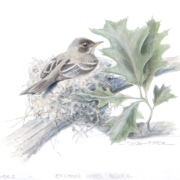 A Sound Of Summer: The Wood Pewee