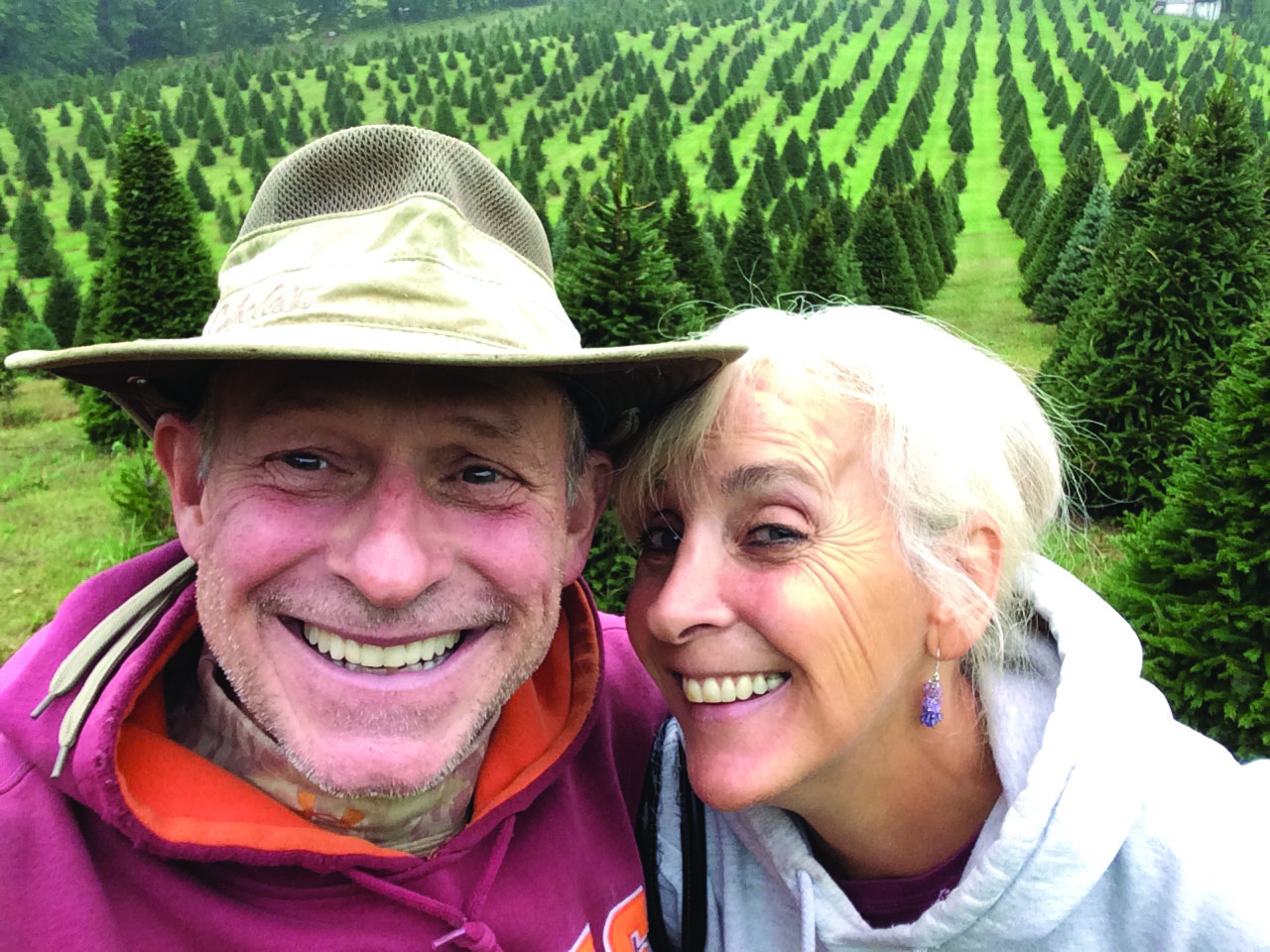 Just a mile or so from the sound of bustling traffic, down a rural road on Route 7 sits a little parcel of Christmas tree heaven. As Chilly Hollow Road hits a steep downhill section, you can see your first glimpse of the neat rows of trees.

Chilly Hollow Christmas Tree Farm is owned and operated by Alex and Susan Blackburn. Alex settled in Clarke County in 1985 after his employer Virginia Tech transferred him from Wytheville. He was assigned to the National Soil Survey program in Loudoun County. Alex graduated from Virginia Tech in 1975 with a degree in soil science. That degree would become the foundation for his vast knowledge of soils with the natural progression to grow something … trees!

Alex’s family moved from Arlington, Va., to his mother’s family farm in Vermont after he left for college. Although Alex never lived in Vermont, he spent considerable time visiting and working there. His father hailed from North Carolina. Growing up, family vacations were “work vacations.” He spent summers working in the tobacco fields of North Carolina and putting up hay and making maple syrup in Vermont.

Alex bought his land on Chilly Hollow Road and cleared the fields by hand and with a chain saw. He built a garage apartment and lived there for six years before he built his house. He operated a cow/calf operation until 2000 when a forester friend suggested growing Christmas trees.

His first planting was 4,500 trees, a mixture of Norway spruce, Lincoln fir, blue spruce, scotch pine, and white pine. Every year Alex plants 600–1500 more seedlings due to loss from drought and deer. Alex is looking forward to replacing many more due to happy families taking home their Christmas trees every year.

The Sweeter Side of Life

For people with a little sweet tooth, Alex makes homemade raspberry jelly, raspberry syrup, and now Clarke County’s own maple syrup. The family farm in Vermont is where he acquired his fondness for raspberries. He started his own berry patch in 1995 and was later given plants by Sigrid Pollari, who lived on the mountain in Clarke County. Those plants are now his primary berry plants.

Maple syrup runs in Alex’s veins. He grew up helping his dad and uncles make syrup every year in the family sugar house in Vermont. Alex has milled lumber from his property to build his own sugar house. A sugar house, also known as a sugar shack or sap house, is a small cabin structure used to boil down the sap from the maple trees into maple syrup.

Alex’s vast knowledge of soils has led to another endeavor as owner of Blackburn Consulting Services, LLC. He has made a name for himself preparing soil evaluations for the vineyard and winery industry.

Chilly Hollow Christmas trees range from 4 to 9 feet tall. Choose and cut your own tree or have the farm cut one for you. Stop and relax with a cup of hot cider, eggnog, hot chocolate and some of Susan’s fresh baked goods. Raspberry jelly, raspberry syrup, and maple syrup are also available for sale.

Thanksgiving thru Christmas hours: Monday thru Thursday 11am to 2pm, Friday & Sunday 11am to 5pm, and Saturdays 9am to 5pm.Open by appointment September to Thanksgiving.