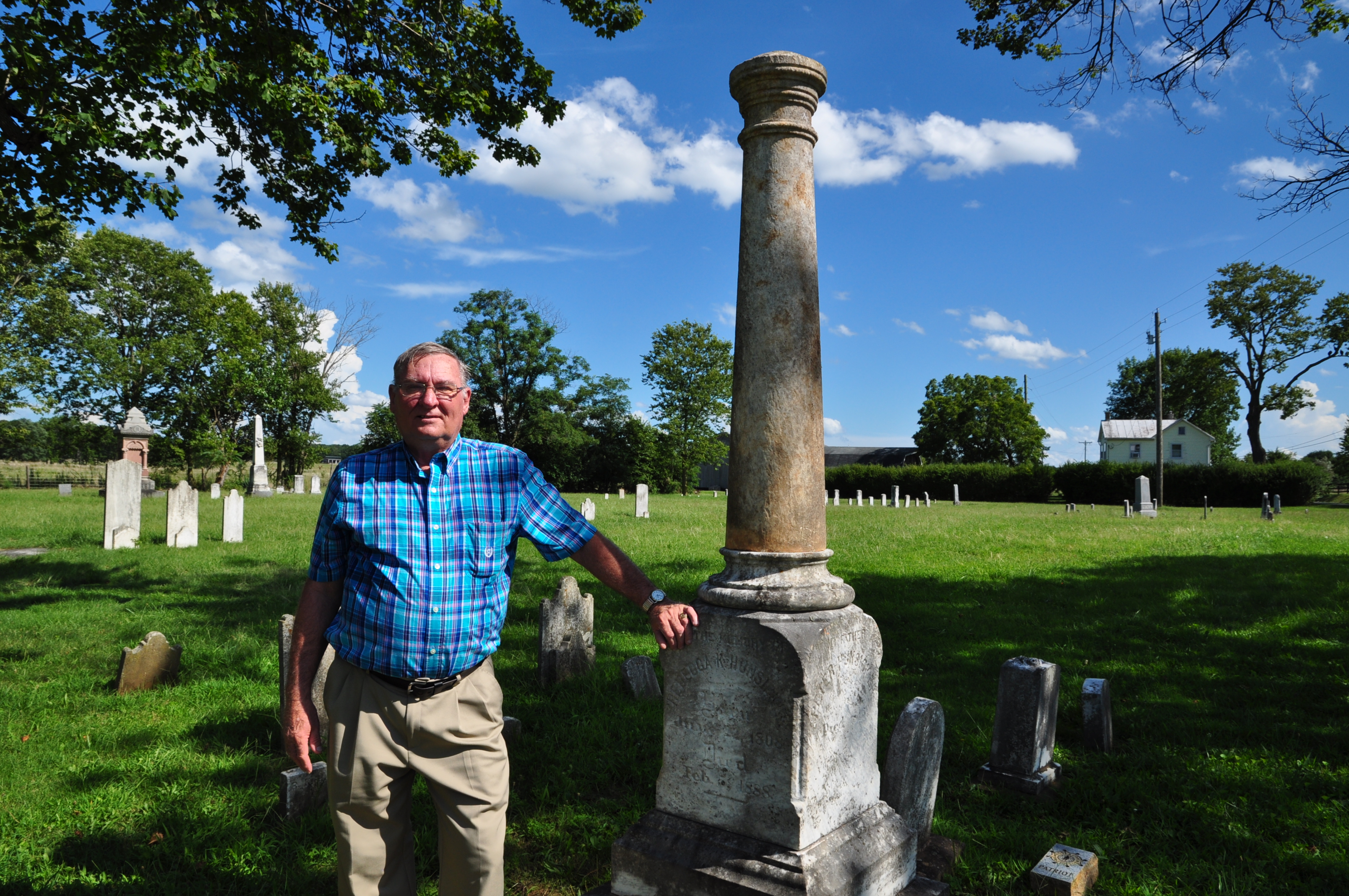 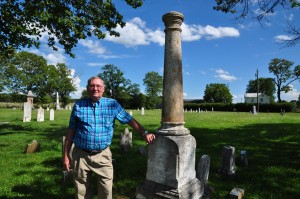 Story and photos by Betsy Arnett

Larry Hardesty began cutting grass at the cemetery next to Stone’s Chapel when he was thirteen years old. Fifty some years later, he is cutting the cemetery’s grass again. However, his pay has dropped considerably. Back in 1960, he received $8. Today, as president of the Stone’s Chapel Memorial Association, he does it for free.

“The gas for the mower costs more than I got paid back then,” Larry laughs.

In the late 1950s, the cemetery was in rough shape. According to Larry, it was covered in berry vines and even had a couple of locust trees growing up between headstones. The cemetery was a “community cemetery,” made up of mostly family plots. The families, who were not necessarily members of Stone’s Chapel Presbyterian Church, were responsible for maintaining the cemetery. As families died off or folks left the area, the cemetery fell into disrepair.

To care for the cemetery, M.W. Jones and several other remaining family members formed the Clarke County Cemetery Association in 1958. At the time, several plots were surrounded by wrought iron fences. Most of the families agreed to sell the fences and donate the money to the Cemetery Association. Today, the only plot with its original wrought iron fence is the Jones family plot.

Larry became president of the Cemetery Association in 1993, when his father who had been president for many years, passed away.

Stone’s Chapel Presbyterian Church closed in 2000 and, over the next several years, the building began to deteriorate. One day in 2009, Larry met with the guy who then cut the cemetery grass to discuss removing some brush. “We were standing in front of the Chapel,” Larry remembers. “I looked up through one of the tower windows and thought, ‘I never noticed that ceiling was blue.’ I realized I wasn’t looking at a ceiling. It was sky. The tower roof was missing!”

Larry called the Shenandoah Presbytery office in Harrisonburg the next day. Using money remaining in Stone’s Chapel Presbyterian Church accounts, the Presbytery reroofed the tower and made other repairs, including treating the floors for powder
post beetles.

“I thought once we got the nonprofit formed, transferring ownership would be quick and simple,” Larry recalls. Unfortunately, that wasn’t the case. The only deed recorded for the Chapel was in 1793, when Jacob Stone and his wife Barbara conveyed the property jointly to the “trustees of the Lutheran and Calvinist societies.” 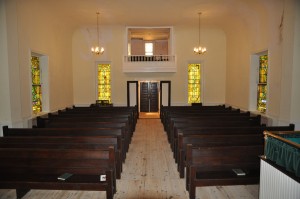 Long before the Stones conveyed the property to the Lutheran and Calvinist churches, it had been a place of worship. By 1785, a log structure stood on the site, known as “Steinkirche” by the area’s German-speaking Lutherans. The earliest recorded reference to Presbyterian use of the Chapel was the appointment of Reverend J.C. Leach by the Winchester Presbytery in 1824 to preach at “Stone’s
Meeting House.”

The cornerstone of the current brick chapel reads “1848” but it is uncertain exactly who built the building. Most likely, construction was a joint effort between Presbyterian and Lutheran congregations. Anecdotal evidence suggests that bricks for the chapel were fired at the Glendale plantation just across Old Charles Town Road.

As the Lutheran population of Clarke County dwindled, Presbyterians became the exclusive users of Stone’s Chapel. By 1888, when Stone’s Chapel Presbyterian Church was formally organized as a separate congregation, the chapel was presumed to belong to the Presbyterians. However, no new deed had been ever recorded.

In order for the Shenandoah Presbytery to transfer Stone’s Chapel to the Memorial Association, they first had to prove they owned it. “The Presbytery had to go to court and have a judge determine that the chapel belonged to them,” Larry says. “Then they could give it to us.”

In November 2012, two years after agreeing to the transfer, Stone’s Chapel Memorial Association received the deed to the chapel. Since then, the Association has been raising money to restore the chapel. Fundraising efforts began with soliciting donations from former members and friends, including passing a collection plate at chapel events.

So far, a new roof has been installed, mortar on the back of the tower repointed, water damage to the interior plaster repaired and the interior repainted. Larry estimates that there is another $80,000 worth of repairs needed, including repairing and painting the windows, repointing the bricks, and a new electrical panel.  “That doesn’t count repairs to the cemetery,” Larry notes.

On September 10, the Memorial Association held a benefit concert with Kevin Dunn, an Elvis tribute artist, at John Enders Fire Hall. Larry hopes that the event will raise awareness about the chapel, as well as some needed funds. The Memorial Association would like to lease the chapel to a congregation, continuing the building’s traditional use as a place of worship. However, they need to install a bathroom, which will entail digging a well and installing an alternative septic system. In the meantime, the chapel is available for daily event rentals.

The public will have two opportunities to see the chapel this year. The Memorial Association’s annual Fall Gathering is Saturday, September 24, starting at 11am. Following a short program, there will be a potluck luncheon. A main dish will be provided. Everyone is invited to bring a salad, side dish or dessert.

In December, the chapel will host its 4th annual Candlelight Christmas Service on Sunday, December 11, at 6:00pm.

For more information about Stone’s Chapel and these events, visit stoneschapel.org.

Betsy Arnett is an historic preservationist, writer and award-winning photographer. She is the current chair of the Clarke County Historic Preservation Commission and lives in Boyce.