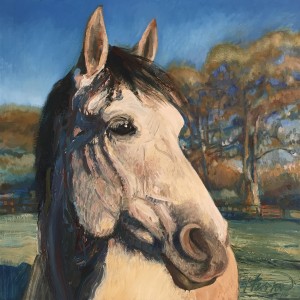 An evening of great adventure film and fine food and drinks awaits visitors of the American Conservation Film Festival’s spring fundraiser on June 18 in Shepherdstown, West Virginia.  Ben Masters, lead horseman and instigator of an escapade that took four young men over 3,000 miles with 16 wild mustangs, will introduce the film and join partygoers for the festive evening, beginning at Shepherd University’s Reynolds Hall for the film screening before moving to the Town Run Brewing Company for drinks, dinner, and discussion.
Unbranded screened to a full, enthusiastic house at the 2015 American Conservation Film Festival and won several awards at festivals throughout the country.  This exciting tale highlights the complex plight of the wild American Mustang, thousands of whom inhabit public lands in the western United States.  Masters set out to prove the value and resilience of these horses as well as the importance of preserving our public parkland.
This event is generously sponsored by TDC Virginia. (http://tdcvirginia.com/) Auction items will include a few valuable and unique items, including a custom-framed oil painting of a mustang by acclaimed Clarke County artist Kelly Heaton. Tickets are $50 per person and all proceeds go to benefit the American Conservation Film Festival, while an auction item will also benefit the Mustang Heritage Foundation.
The American Conservation Film Festival is in its 14th season of presenting the most compelling and informative conservation films from around the world along with discussions and workshops with filmmakers, family programming, and engaging social events.  This year’s festival runs October 21-23 and 28-30.
For information on and tickets for the Spring Roundup with Ben Masters, visit: http://conservationfilm.org/special-events.
Follow the event on Facebook: https://www.facebook.com/events/186151971770804. For information on the film festival, visit:  www.conservationfilm.org, or contact Jennifer Lee, jennifer@conservationfilm.org; 540-539-6150.
Share Clarke!