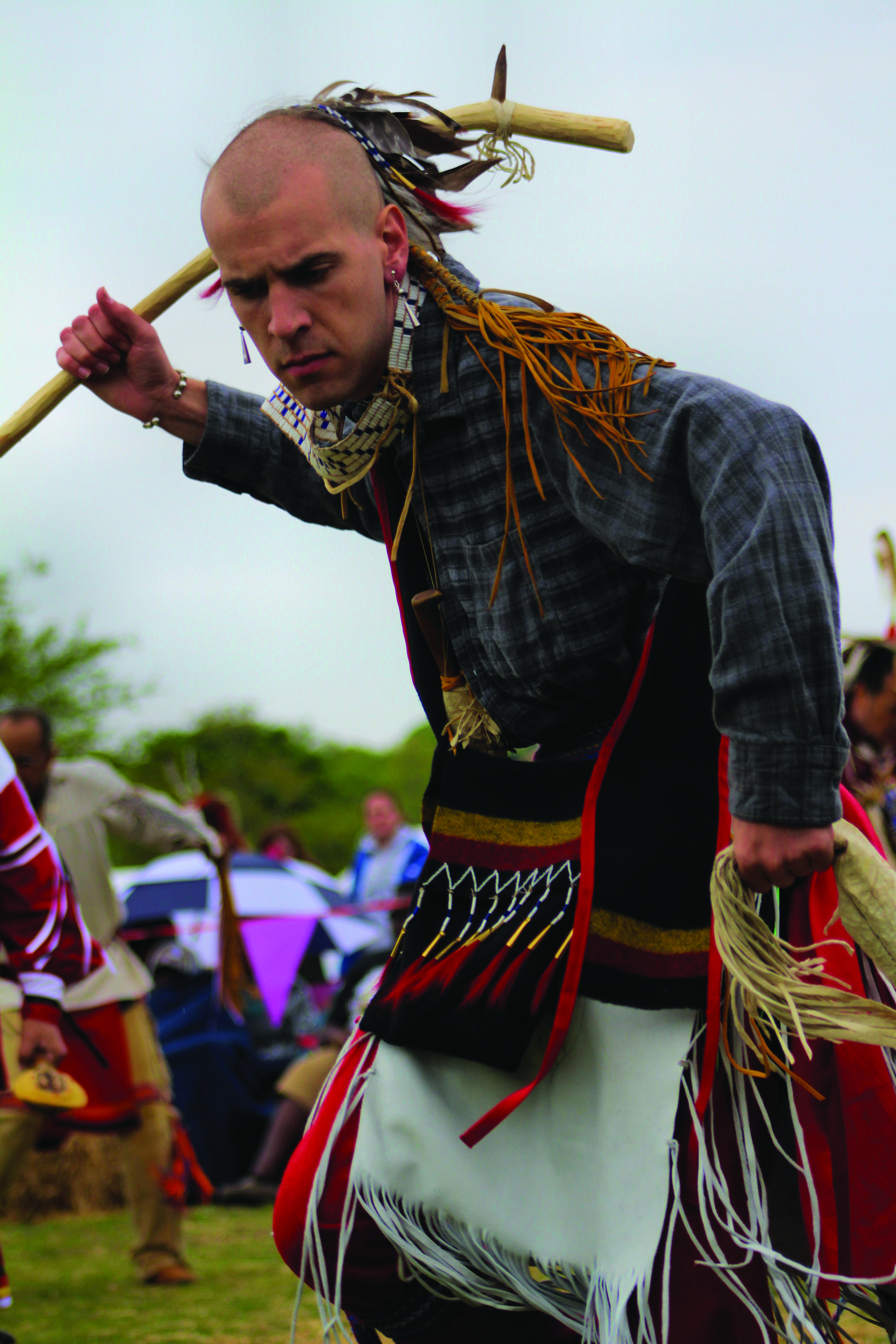 WHO ARE VIRGINIA INDIANS? Virginia Indian history dates back more than 10,000 years with a history rich and written on the hearts and in the minds of their descendants who are now the keepers of the culture and teachers of a way of life. Local couple Chris and Rene’ White with Sanctuary on the Trail™ found a paleo-Indian site in Clarke County with artifacts that dated last used 10,470 years ago. The local Holy Cross Abbey at Cool Springs Farm has Indian artifacts crafted continually between 10,500 to 300 years before present.

Why are corn, beans and squash so significant to Native Americans? Why are sharing, storytelling, dance and song so important? Do Native Americans still hold onto these principles of life? Do they self-identify as Indians? Come to “The Gathering” to learn more. Share in the experience of Native American culture that is alive and flourishing, with a people rich in the knowledge of their ancestral lands and cultural expressions. We are still here!

Meanwhile, in the book titled, “The Virginia Indian Heritage Trail” edited by Karenne Wood, readers will gain insight into life, history and culture as Woods enlightens the readers through her educational and insightful sharing of Virginia’s Indian history.

Before Christopher Columbus and John Smith, tribes were part of the original peoples or inhabitants of what is known today as Virginia. Due to war and forced relocation and diseases, some, once eastern and Virginia tribes, are now located in the Carolinas and as far as Oklahoma and all states in between. These include: Catawba tribe, Cherokee tribe, Croatoan tribe, Powhatan Confederacy, Tuscarora tribe, Tutelo and Saponi tribes and Yuchi tribe. Many are extinct.

In Virginia, despite the Indian Removals of the 1800’s, eugenics of Dr. Walter Plecker that lasted until 1946, and absence of federal recognition, 11 Native Tribes still live and thrive here in Virginia; along with countless other indigenous individuals from across the Americas who call Virginia and Clarke County home. The 11 Virginia Indian Tribes are:

Cheroenhaka (Nottoway) Tribe “People at the Fork of the Stream”

Location: Courtland Virginia, Southampton County. The tribe reorganized in 2002 and established their tribal government. In 2009, they purchased 100 acres from their 41,000-acre reservation.

Location: Charles City County, Virginia, midway between Richmond and Williamsburg, near where the tribe lived in 1600 along the Chickahominy River.

Population: 875 members living within a five-mile radius of the the tribal center with several hundred more living in other parts of the United States.

Location: 25 miles east of Richmond in New Kent County, Virginia. They shared a history until the early 1900’s when it was decided (due to travel inconvenience to meetings) they would organize their own tribal government. In 2002, the tribe purchased 41 acres of land.

Population: 132 enrolled members, 67 members living in Virginia. They are proud of their 26 veterans with service in the Armed Forces since World War I.

Location: Live on a reservation that stretches along the borders of the Mattaponi River in King William County. This reservation historically dates back to 1658.

Population: On roll members are counted as 450, however approximately 75 currently live on the reservation.

Location: Amherst County, Virginia. Native habitation in the region dates back more than 10,000 years. The Monacan People are one of the oldest sects of indigenous people who still reside on their ancestral homeland and the only group of Eastern Siouan people in the state.

Location: Nansemond River centered near Chuckatuck which is the current location of Suffolk. Due to the encroaching of the Europeans, the Nansemond lost the last of their known reservation lands in 1793. Today, most members still live in the Suffolk/Chesapeake areas.

Location: Located in Capron in Southampton County and parts of Surry County. Though the Nottoway and Cheroenhaka share a history, they are different tribes. These tribes became separate tribes in 2002.

Location: Pamunkey Indian Reservation on the Pamunkey River and is adjacent to King William County. Smallest and oldest documented tribe in Virginia

Population: Currently 31 families (200+ members) reside on the reservation with many tribal members living in nearby Richmond and Newport News, and throughout Virginia and other parts of the United States.

In 1666 the English declared war and the Patawomeck tribe disappeared from historical records, however the tribe’s history was uncovered in the early 20th century.

Rappahannock Tribe “Where the Tide Ebbs and flows”

Location: Caroline, Essex and King and Queen Counties within the ancestral territory. The Rappahannock Indian Tribe incorporated in 1921.

State Recognition: Recognized as one of the historic tribes of the Commonwealth of Virginia by an act of the General Assembly on March 25, 1983.

Upper Mattaponi Tribe (Through 18th and 19th centuries, they were known as the Adamstown Band due to many tribal citizens with the surname Adams.)

Location: Tribal grounds consisting of 32 acres in King William County near the upper reaches of the Mattaponi River

Population: Based on 2009, there are 575 enrolled members

Folks from all over are invited to “The Gathering” to join the Indian harvest dance, 14th annual Virginia Gourd festival, Three Sisters Art challenge and more. “The Gathering” is for everyone.

Join us in this new and elevated spirit of Thanksgiving and humanity in which you participate in new possibilities of community. Visit the rich history and rural beauty of this charming Blue Ridge Mountain and Shenandoah Valley landscape. Clarke County is an oasis for the Washington, DC and Northern Virginia traveler. Just 60 miles west of Washington, DC, 12 miles from Hollywood Casino and Race Track and 16 miles from historic Harpers Ferry, Clarke County is now home to “The Gathering.”

Advance tickets for “The Gathering” are on sale at Fox’s Pizza and Boyd’s Nest on Main Street in Berryville. The official web site is:  www.HarvestGathering.org.

The Gathering is Hosted by the non-profit federally recognized Sanctuary on the Trail™ in partnership with the Virginia Lovers’ Gourd Society with the support of the Red Road Foundation,™ Nowa Cumig Institute™ and Clarke County Parks and Recreation.

Until “The Gathering,” we hear the heartbeat of the drum, calling each of us home to the circle in which we are all one. Each beat echos in our hearts and invokes our spirit. Our ancestors sing out to us, their voices riding on the wind. “Do not forget.” We are still here.

A Conversation with Dennis Banks